No Cheap Ticket For Ghana 2008 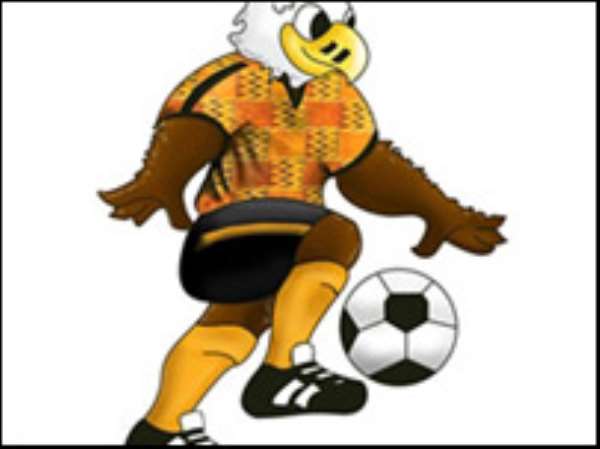 Football fans who desire to watch their favorite team during the upcoming Ghana 2008 would be expected to pay not less than 100,000 cedis or ten Ghana cedis to have a place at the popular stand.

The Chief Operations Officer of the Local Organizing Committee (LOC), Mr. Rex Danquah told journalists that the event should be an occasion that would open one of the avenues of showcasing the diverse beautiful cultural prowess and 'ready made' hospitality of the country.

He said that Ghana is hosting a class tournament and it is important that the nation benefit.

He however, indicated that the LOC and the Ministry of Sports have not finalized the amount to be charged per match.

Mr. Rex Danquah stated that the Confederation of African Football (CAF) has already approved the GH 10.00 and once CAF has approved the amount suggested by the LOC.

The Chief Operations Officer expressed worry about the ticketing issues because Ghanaians must get access to watch the games especially the Black stars games.

He said after the submission of bids by interested companies, the CAF Executive Committee has approved the selection of Turnstiles Print Limited as the company to produce tickets for the 32 matches.

He stated that the LOC is assuring the nation that there is no need for them to panic because all the facilities which are part of the Ghana CAN 2008 will be ready for the tournament.

Mr. Rex Danquah who was speaking at the media briefing organised by the Ministry of Tourism and Diasporan Relations in conjunction with the Ministry of Education, Science and Sports and the Local Organization Committee (LOC), said the stadia have been built in such a way that all physically challenged people can have access.

The Chief Operations Officer mentioned that Kumasi and Accra stadium have seating capacity of over 40,000 and over 20,000 in Sekondi and Temale.

According to him, the four stadiums will be handed over to the Ministry of Education, Science and Sports this month and the training centers by next month.

"The LOC in conjunction with the Ministry has made arrangements with the hospitality industry to identify enough facilities to serve the accommodation needs of the major participants during the tournament," he stated.

Mr. Rex Danquah said the LOC is aware that some people have expressed anxiety about accommodation in Tamale and assured the public that efforts are being made to solve the problem.

"Accra will not have any problem in terms of accommodation because the Ministry and the LOC are in discussions with the nation's universities to make some of their facilities available."

In respect of transportation, he said buses will be provided for the participating teams and officials at the various venues.

According to him, Metro Mass Transit has started bringing in buses and by the start of the tournament, the numbers brought in would have reached two hundred.