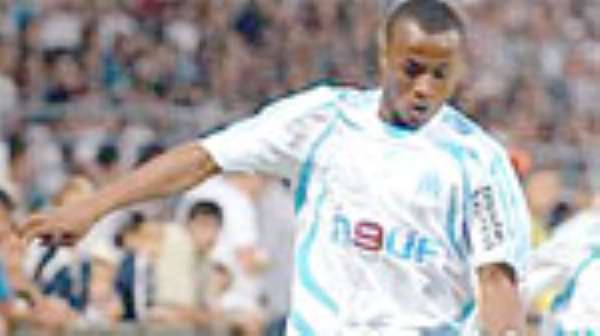 Ghanaian teenage sensation Andre 'Dede' Ayew was thrilled to make his debut in the UEFA Champions League for Marseille in Wednesday's 1-1 with Porto.

The 17-year-old, son of football legend, Abedi Pele, came on for France international striker, Djibril Cisse with two minutes remaining in the Group A match.

The result kept the former European champions at the top of the table with seven points – two points ahead of second-placed Porto.

Dede, who was promoted to the senior side at the start of the season in August, suffered limited first team opportunities under former coach, Albert Emon.

But his fortunes have improved since the arrival of new Belgian Eric Gerets which culminated in his first outing in the most respected continental club competition in the world.

“It is something huge for me to play in the Marseille's Champions League team for the first time - it is almost like a dream,” Dede said.

“As I child I was brought to this stadium by my father and I always dream of following in his footsteps.

“Now it is time for me to build on this to reach my full potential for the benefit of my country and club.”

But Dede impressed Gerets in a friendly 2-1 win over Bastia last week and he was given more playing time in the 1-0 win over Lens on Saturday in a league match.

Marseille could have killed off Saturday's game with two minutes into stoppage time but Adama Coulibaly was on hand to clear Dede's goal bound shot off the line. Mtnfootball