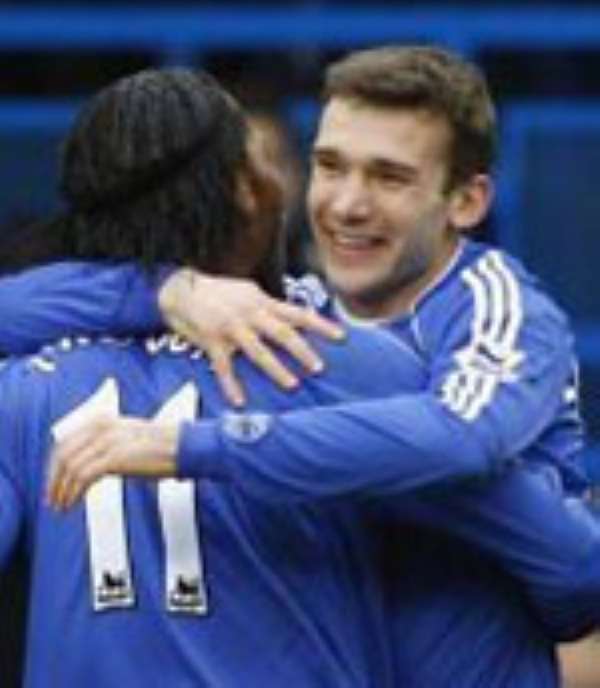 Chelsea eased into the fifth round of the FA Cup with a comfortable 3-0 win over Nottingham Forest at Stamford Bridge.

The visitors were not at the races in the first half and goals from Andrei Shevchenko, Didier Drogba and John Obi Mikel had the tie all but sewn up.

Chelsea were in the ascendancy from the off and Shevchenko tested Paul Smith from the angle just three minutes in from Shaun Wright-Phillips' through ball.

Forest failed to weather the early storm and were behind on nine minutes when Shevchenko's goal-bound shot deflected off John Curtis into the bottom corner.

Chelsea were constantly penning the visitors back and only a rash challenge from Nicky Southall prevented Wayne Bridge from bursting into the area and unleashing a shot.

However, from the resulting free-kick, Drogba's curling effort into the near corner was too good for Paul Smith who made a meal of the attempted save.

Wright-Phillips should have got in on the act, but his shot bounced just wide of the near post from Drogba's neat lay-off inside the box.

Chelsea did add a third on the stroke of half-time and again it was due to poor defending by Forest. The visitors failed to deal with Frank Lampard's corner and Mikel was on hand to prod home.

Forest did put up more of a fight in the second half and James Perch was inches from connecting with Junior Agogo's shot across goal and pulling one back.

However, Chelsea were soon back on the front foot and substitute Saloman Kalou's header from Wright-Phillips' cross was saved by Smith while Lampard's shot from the edge of the box was also smartly saved.

Michael Essien was close to netting Chelsea's fourth when he met Geremi's cross from the right, but Curtis was on hand to clear the certain goal off his own line.

Chelsea took their foot off the pedal in the closing stages, but it mattered not as Jose Mourinho's side comfortably ensured their name would go into Monday's fifth round draw.