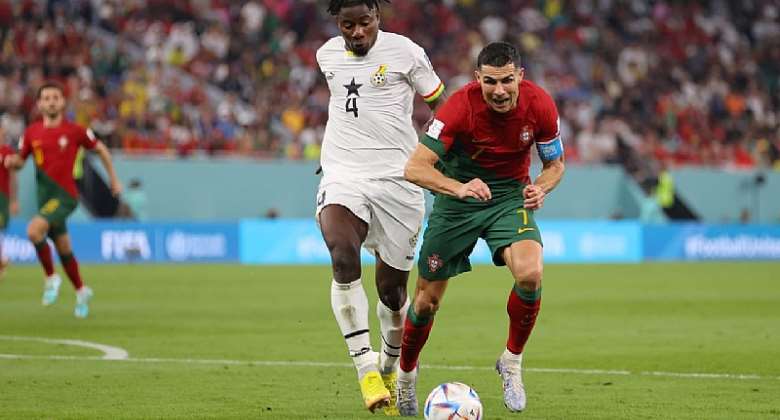 What happened: Portugal were awarded a penalty in the 62nd minute when Cristiano Ronaldo was knocked over by Mohammed Salisu.

VAR review: This only required a quick check by the VAR, United States referee Armando Villarreal.

Replays showed that Ronaldo definitely got to the ball first ahead of Salisu before there was contact on the Portugal striker's boot and upper body.

Even though this could certainly be considered a soft penalty, we have to look at it in VAR terms; it would not be seen as a clear and obvious error by the match referee, fellow American official Ismail Elfath. Equally, if the referee hadn't given the penalty, it's unlikely the VAR would have advised a spot kick.

If Salisu had gotten to the ball first before Ronaldo, this would have been grounds for a full review, but unfortunately for the Ghana defender, he failed to do so.

Portugal were awarded a penalty for a foul by Mohammed Salisu on Cristiano Ronaldo. Clive Brunskill/Getty Images

Ronaldo also thought he had scored in the 31st minute, but the referee had already blown for a foul against him for a push on Alexander Djiku. The VAR is unable to review anything after the referee's whistle, so he cannot look back at the foul to award the goal.