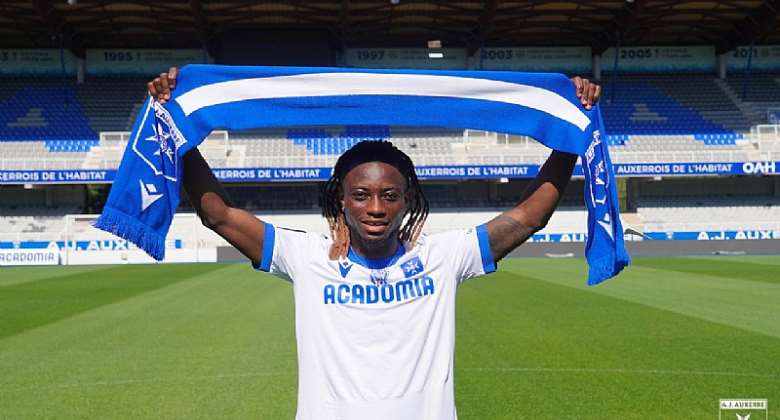 French club, AJ Auxerre have strengthened the squad of the team with the signing of Ghana defender Gideon Mensah.

On Friday, August 12, the Black Stars defender passed his mandatory medical examination ahead of his move to the club.

With all the necessary paperwork signed, AJ Auxerre have today announced the acquisition of the left-back.

In a statement, the French club confirms that Gideon Mensah has been signed to a three-year contract from Austrian Bundesliga side Red Bull Salzburg.

“Gideon Mensah commits to AJA! The club is indeed happy to announce the three-year signing of the Ghanaian left-back, who arrives from Red Bull Salzburg. International on 11 occasions, he was notably part of the selection of the Black Stars during the 2021 African Cup of Nations,” a statement from the French side has said.

He made 23 appearances to help the club during the loan period.