PL: Brilliant Tottenham Hotspur come from behind to beat Southampton 4-1 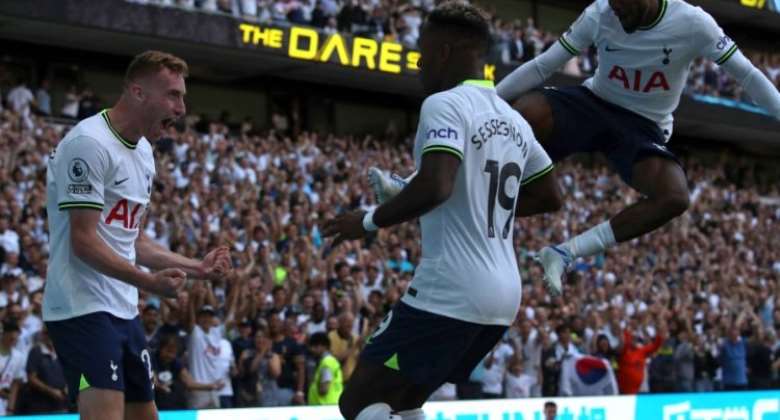 Tottenham began their 2022/23 Premier League campaign on fine form as they recovered from going 1-0 down to thump Southampton 4-1 on Saturday.

Mohammed Salisu’s shambolic own-goal epitomised the Saints’ defensive efforts as they were simply overrun and unable to hold onto their early advantage.

The match began brightly for Spurs as they were on the front foot in the first ten minutes, but quickly found themselves behind against the run of play.

James Ward-Prowse temporarily silenced the Tottenham Hotspur Stadium with the opener after 12 minutes.

Moussa Djenepo did well on the left to get away from Emerson Royal and chipped to the edge of the area where Southampton captain Ward-Prowse volleyed home to put the visitors ahead.

Dejan Kulusevski checked back onto his left foot and produced a wonderful cross from the right.

The ball found Ryan Sessegnon who beat Kyle Walker-Peters in the air to head home from close range and make it 1-1.

By the 31st minute, Tottenham had turned the game on its head.

Southampton cleared Heung-min Son’s initial corner, however, the ball came back to the South Korean and his cross was smartly headed in by a stooping Eric Dier to make it 2-1.