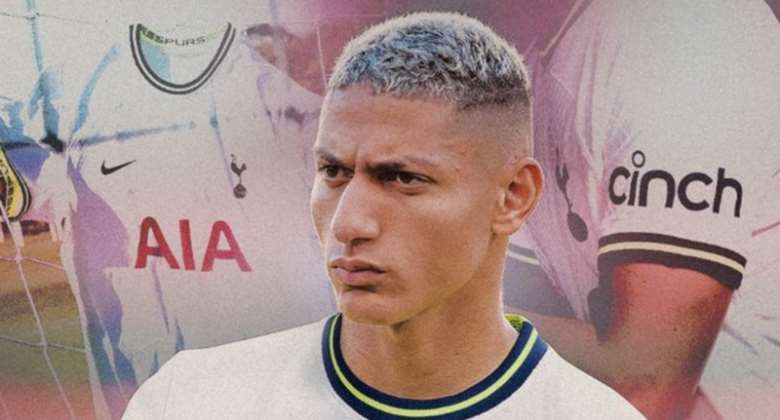 Tottenham Hotspur have confirmed the signing of Brazilian forward Richarlison on a permanent deal from Everton, Spurs' fourth signing of the summer.

“We are delighted to announce the signing of Richarlison from Everton, subject to a work permit,” read a statement on the club’s website.

Richarlison has signed a five-year deal lasting until Summer 2027, in a transfer thought to be in the region of £50 million plus £10m in add-ons.

The 25-year-old has scored 48 goals in 173 Premier League appearances during spells at Everton and Watford, after making a move to England from Fluminense in the 2017 summer window.

He scored 11 times in 33 games across all competitions last season, and has joined Tottenham as the latest of four signings this summer, following the arrivals of Ivan Perisic, Fraser Forster and Yves Bissouma at the Tottenham Hotspur Stadium.

The forward will have his eyes firmly fixed on a place in Brazil’s squad for this year’s World Cup.

Since making his debut for Brazil in September 2018, he has gone on to score 14 goals in 36 appearances.

Tottenham are understood to be in talks of securing a loan deal for Barcelona’s Clement Lenglet, as Antionio Conte looks to add defensive reinforcements to his side.