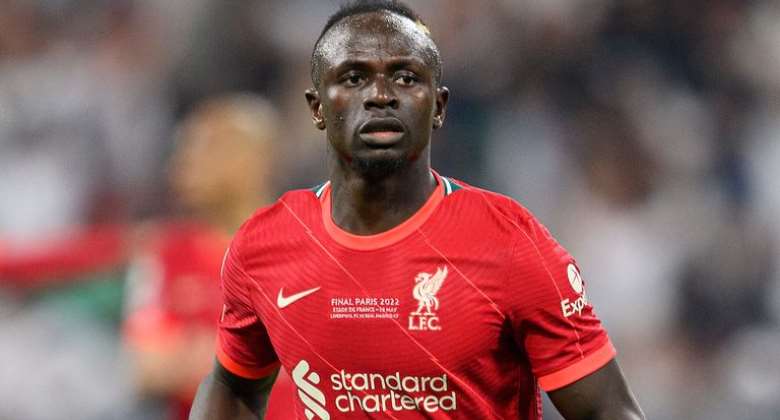 Senegal legend, Sadio Mane is set to complete his sensational switch from Liverpool to Bayern Munich this week.

Last week, the English Premier League club reportedly agreed to a deal for the German Bundesliga giants to proceed and sign the want-away forward.

This was after talks between Liverpool and the player over a contract extension deal failed over a lack of mutual understanding.

Source report that the representatives of Sadio Mane requested a significant rise in wages [£400,000 per week] for the highly-rated forward who is on a £100,000.

That figure [current wage per week] has been deemed meagre by many especially compared to what other top stars and to some extent some average players take in the English Premier League and at Liverpool as well.

Now set to surely leave England, the Senegal international will this week complete a £35.1 million switch to Bayern Munich by the close of this week.

Sadio Mane, 30, joined Liverpool from Southampton in 2016 and has since committed his life to making Anfield a better place.

While he may have signed for the Reds as a boy, the 2021 Africa Cup of Nations (AFCON) winner is set to leave Merseyside as a man.

At Liverpool over the last six years, Sadio Mane made 196 appearances in all competitions, contributing an impressive 90 goals and proving 29 assists.

At Bayern Munich, sources are reporting that Sadio Mane will be on an improved wage where he will earn £250,000 per week.

The forward is reportedly pumped up ahead of his move and is confident he can make it big at the Allianz Arena.

Sadio Mane is leaving Liverpool after helping the club to win the English Premier League and the Uefa Champions League title as well.

He could as early as next year add the German Bundesliga to his cabinet if the move to Bayern Munich goes through as expected.

The forward is scheduled to have his medical in German on Tuesday, June 21, 2022.