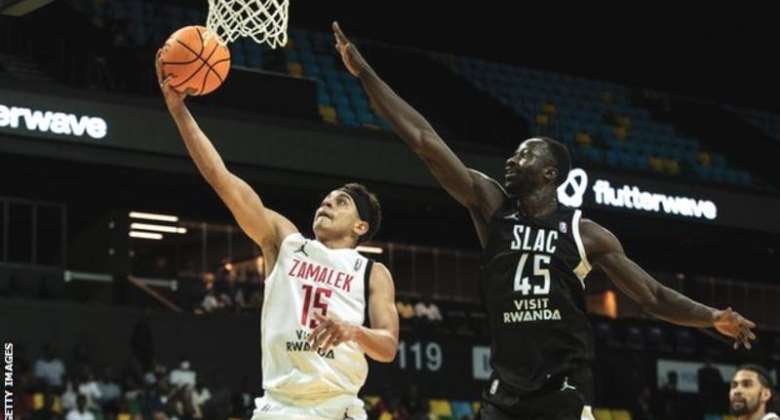 Defending champions Zamalek booked their place in the Basketball Africa League play-off semi-finals as three sides from the Nile Conference won their last-eight ties in Rwanda over the weekend.

Zamalek beat Guinean outfit Seydou Legacy Athletique Club (SLAC) 66-49 in Kigali on Sunday, and the Egyptian club have now won all 12 of their matches in the competition's history.

However, coach Will Voigt says his side have room to improve despite continuing the unblemished record from their conference matches in Cairo last month.

"We hadn't played a competitive game in almost a month and a lot of the rust was probably due to that," American Voigt told BBC Sport Africa.

"We didn't shoot the ball as well as we would have liked."

Tunisia's US Monastir defeated South Africa's Cape Town Tigers 106-67 and Angolan side Petro saw off AS Sale of Morocco 102-89.

Zamalek will face US Monastir, who they beat in the BAL final last year to win the inaugural title, in the semi-finals on Wednesday after Petro take on FAP.

Monastir are the only side from the Sahara Conference - which was played in March, a month before the Nile Conference - to reach the last four.

"Monastir are a really good team. They are really organized and have a team that has been playing together for a while," Voigt said.

"They just won the Tunisian championship and execute their offence really well.

"It's going to be a really hard game for us. The four teams in the semi-finals are all very tough, and anyone has a chance of winning it."