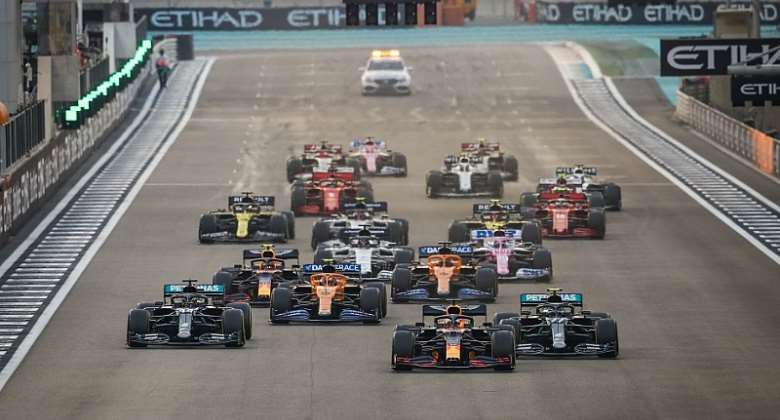 Viewers on DStv can look forward to the 22nd and final round of the 2021 Formula 1 World Championship, the Abu Dhabi Grand Prix, live from the Yas Marina Circuit on the afternoon of Sunday 12 December 2021.

SuperSport is definitely your #HomeOfSport and the ultimate destination for motorsport fans.

The fight for the 2021 F1 Drivers' and Constructors' Championships are going right down to the wire! After this past Sunday's race in Saudi Arabia, Max Verstappen (Red Bull Racing-Honda) and Lewis Hamilton (Mercedes) are level on 369.5 points apiece, with the former leading on races won through the course of the season (nine to seven), while in teams terms the 'Silver Arrows' have a 28.5 point lead over their arch-rivals from Austria.

The last race was a fractious one in which Verstappen and Hamilton even had a minor collision on track, but the seven-time F1 World Champion took the victory – his third in succession – and very much has momentum on his side for the title decider in Abu Dhabi.

"What happened today is unbelievable and this sport is more about penalties than racing," fumed Verstappen, who finished second and was given two time penalties for infractions. "For me, this is not Formula 1."

However, Hamilton insisted his rival was "over the limit". He also called the Lap 37 incident "very confusing".

"I didn't get the information," Hamilton added. "All of a sudden he started backing up and then moving. I was like 'is he playing some sort of crazy tactic?'. All of a sudden messages started to come through, but he hit the brakes so hard l nearly went up the back of him. For him, it doesn't matter if we both didn't finish."

The Mercedes driver continued, "I really had to just try and keep my cool out there which was really difficult to do. I've raced a lot of drivers through my life in the 28 years [of racing] and I've come across a lot of different characters and there are a few at the top which are kind of over the limit. Rules kind of don't apply, or don't think of the rules."

Asked if Verstappen fell into that category, Hamilton replied: "He's over the limit, for sure. I've avoided colliding on so many occasions with the guy and I don't always mind being the one that does that because you live to fight another day, which I obviously did.”

While Mercedes are looking strong to win the Constructors' title, the Drivers' championship is simple: whoever finishes further ahead between Verstappen and Hamilton will be World Champion; if neither finishes or claims points, then the Dutchman takes the title because he leads on race wins.