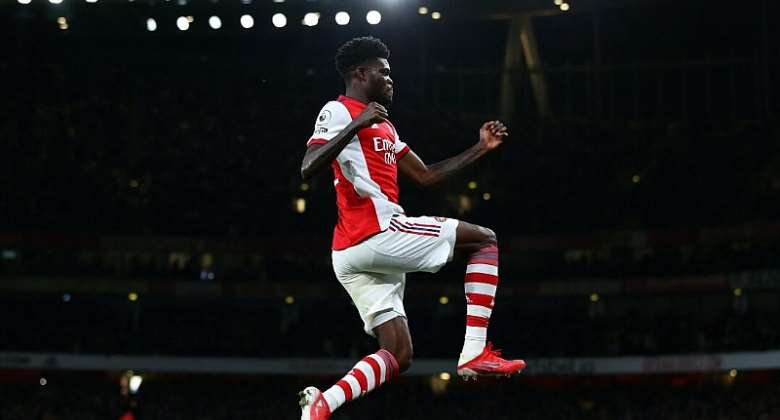 The Black Stars talisman signed for the Londoners last summer on transfer deadline day in a move that saw him leave Atletico Madrid on the back of a stellar stint.

Having failed to score in the English Premier League last season, Arsenal fans have been wondering when Thomas Partey will finally score for the side in the league.

Today, the Ghana midfielder answered that question as he scored with a clever header in the 23rd minute of the club’s encounter against Aston Villa.

He connected to a well-taken corner kick from youngster Emile Smith Rowe to shoot Arsenal into a deserved lead.

Going on to last the entire duration of today’s game, Thomas Partey finished with a high rating of 7.3 for his outstanding efforts.

In the game where the Gunners cruised to a delightful 3-1 win, Jacob Murphy netted the consolation goal for Aston Villa late in the second half with an assist from summer signing Leon Bailey