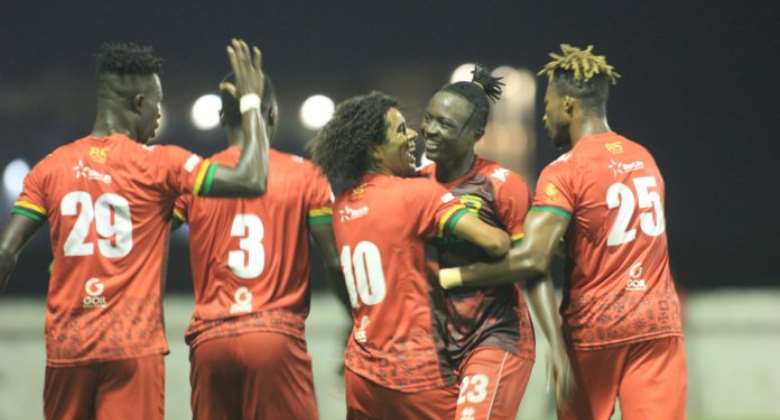 The game became the third game for the Ghana Premier League in their pre-season in the UAE.

The game has been scheduled to kick off at 16:00GMT at the Shababal Ahli Stadium.

Kotoko lost their first friendly 1-0 to Al Hilal United in the early hours of Thursday and then drew 1-1 with second division side LIWA FC last Sunday.

Atletico Arabia FC is an Emirati professional football club based in Dubai.

The Reds are currently in Dubai for a pre-season tour ahead of the new GPL season on October 29.

The Porcupine Warriors will wrap their pre-season on October 21 before travelling to Ghana the following day.

Kotoko will play their first game of the season against Dreams FC in Dawu on October 31 before they host Bechem United at the Baba Yara Sports Stadium a week later.

COVID-19: Government to announce more measures ahead of Chri...
13 minutes ago