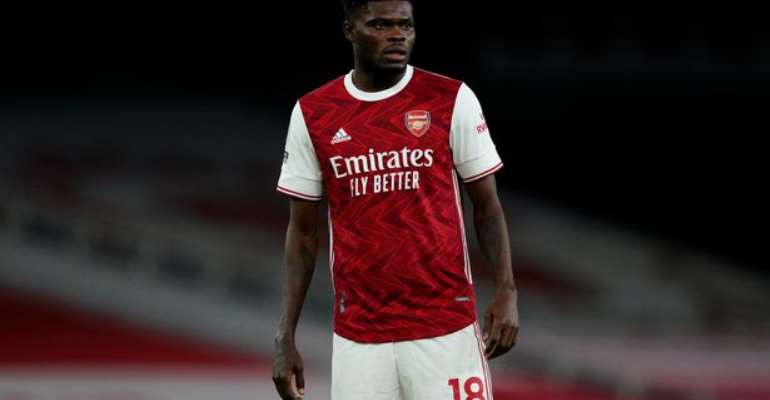 Arsenal manager Mikel Arteta has provided an update on Thomas Partey ahead of the north London derby on Sunday.

The Ghana international was in action in midweek in the Gunners’ 3-0 Carabao Cup win over AFC Wimbledon and could feature in the club’s Premier League match.

Arteta said: “Yes it was [the plan to play him for as long as we did]. He hasn’t played a lot of minutes. The rhythm of matches is nothing like the training session. He’s so willing to play and I think he was very efficient tonight.

“We didn’t think [it was a risk], that’s why we made the decision to play him. There’s always a risk when you play a match or when you have a training session with the intensity that we train. We believed it was the right thing to do and he was really pushing for it. I think it worked out well.” he added.

Partey made his first appearance of the season last week against Burnley.

The Gunners’ cup season may be going to plan so far but their league campaign got off to a shaky start meaning they are currently 13th with two wins and three losses.

Take me to court, I will get the court to also overturn the ...
46 minutes ago

We’ve revamped TVET education in Ghana than any government –...
46 minutes ago