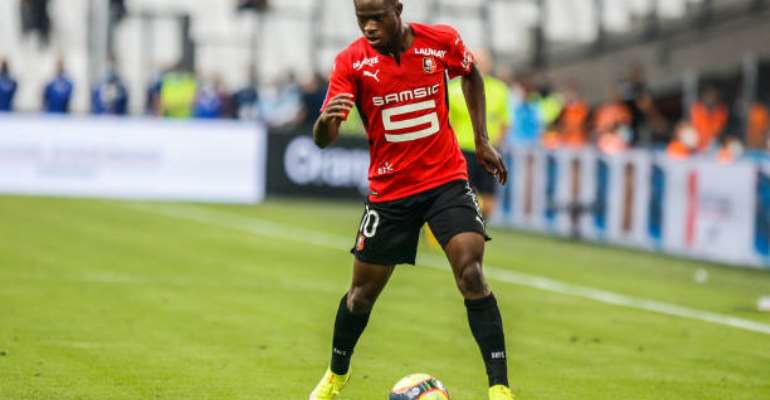 Kamaldeen scored a brace in the process to help his sie seal on the three points on the 55th and 57th minute respectively.

The former FC Nordsjaelland winger made the cut alongside two teammates Martin Terrier and Benjamin Bourigeaud who also starred for Rennais in the game.

This is the second time Kamaldeen Sulemana is making L'Equipe's best team of the week this after making in week one having after just 15 minutes in his Ligue 1 debut against RC Lens.