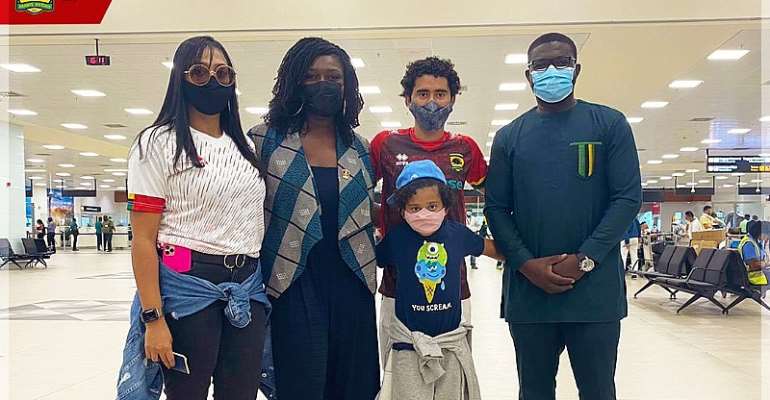 Asante Kotoko midfielder Fabio Gama Dos Santos has revealed that he is returning to Brazil with his family following the climax of the Ghana Premier League season.

The Brazilian midfielder was signed by the Ghana Premier League record champions last year to provide a squad boost for the side after missing out on the signing of Black Stars legend Asamoah Gyan.

At the new club, Fabio Gama had no problems and proved doubters wrong to establish himself as one of the best players to play in the 2020/2021 Ghana Premier League season.

Although his team could not win the league title, his performance earned him the nomination for the home-based player of the year at the 2020 Ghana Football Awards.

He ended the league season with four goals and six assists as well as three goals in the MTN FA Cup.

With Asante Kotoko not competition in any competition, the midfielder has traveled back to Brazil with his family for the off-season break.