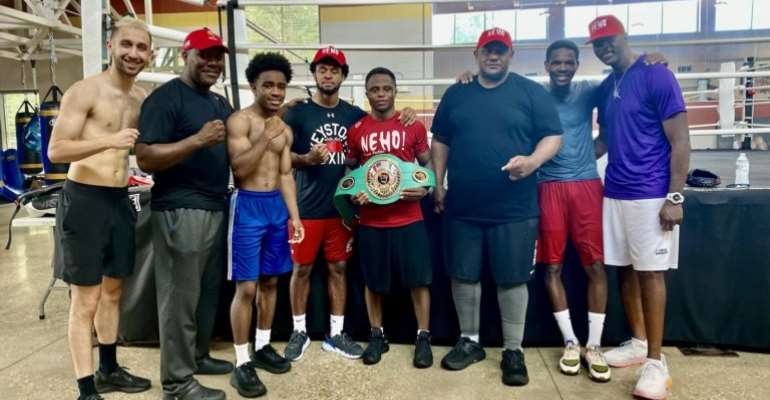 After having lost his world title to Emanuel Navarrete, Isaac ‘The Royal Storm’ Dogboe in a quest to regain his glory back as a two-time world champion has already captured the North American Boxing Federation (NABF) Featherweight title.

Isaac Dogboe in a hotly contested 10 round featherweight contest last month with the Glendale born Adam Lopez at the Virgin Hotels, Las Vegas decisioned his nemesis to win his first title after losing the WBO world super bantam strap in December 2018.

The NABF regional title received by Isaac Dogboe is a reward to motivate and he keeps on his toes with the full focus of redeeming himself with another world title soon. Via his social media handle yesterday, the former world champion expressed his gratitude to the NABF after receiving their featherweight strap

"Massive Thanks to the North American Boxing Federation #NABF for sending me my new TITLE. Another ONE added to my collection…”

The tweet concluded with an important but short message