India outplay England in the decider to win T20 series 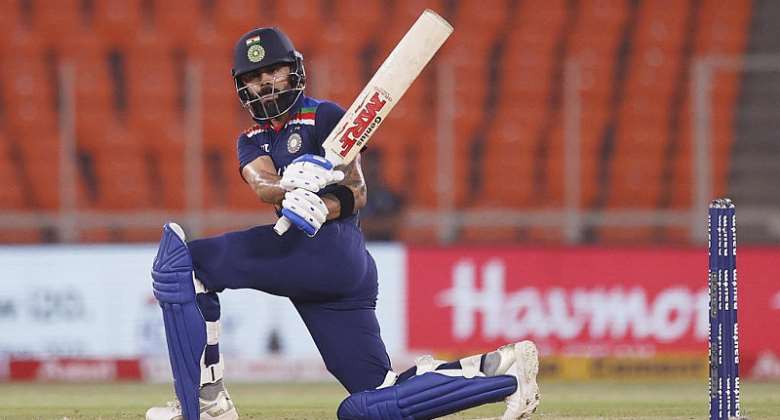 India clinched the T20 series against England 3-2 after winning the fifth and final encounter by 36 runs in Ahmedabad. Batting first, the hosts made an impressive 224 runs in the alloted 20 overs for the loss of just two wickets. In reply, England managed 188.

Skipper Virat Kohli, who promoted himself to the opening slot, and Rohit Sharma put India on track for a big total as they shared an opening stand of 94 runs.

Sharma hit a blistering 64 in 34 balls while Kohli scored an unbeaten 80 in 52 balls to help India to their best T20 score.

Suryakumar Yadav maintained the momentum set by the openers by scoring 32 off 17 balls while Hardik Pandya smashed an unbeaten 39 in 17 balls.

Drive
England's chase began on a disappointing note as Jason Roy was dismissed on the second ball of the innings.

However, Dawid Malan (68) and Jos Buttler (52) rebuilt the innings and kept England in the hunt. But the dismissal of Malan put an end to England's hopes.

"India outplayed us in the big moments of the game," England captain Eoin Morgan admitted.

The two teams will next play three one-day internationals on  23, 26 and 28 March.

Hottest Photo Reports
Catch up with all the political quotes from our politicians.
Advertise here
More from Cricket
ModernGhana Links
Raza out for golden duck as Zimbabwe lose ODI to Bangladesh
Raza at the controls of high-flying Zimbabwe
Raza, 'brilliant' Kaia slam ODI centuries as Zimbabwe stun Bangladesh
TOP STORIES