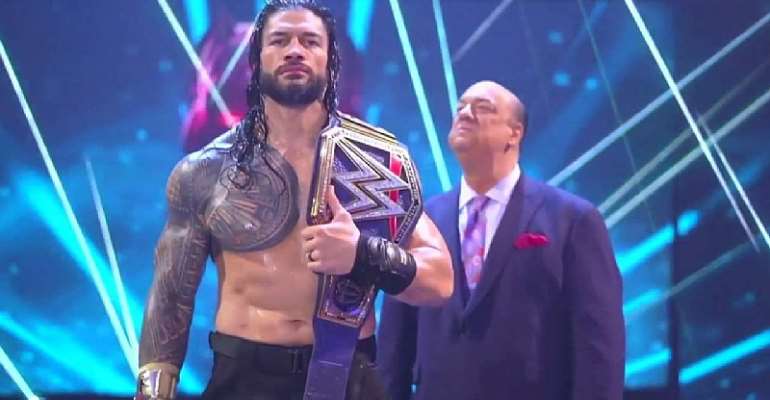 Reigns and Owens wrestled a very physical match that saw Owens fly out of the virtual crowd through a pair of tables, and get run over by a golf cart, amid a match filled with plunder and impressive stunts.

Owens’ latest loss was a departure from the theme of Owens failing to overcome constant outside interference at the hands of Reigns’ cousin-turned-goon Jey Uso, who did not make an appearance in this match. Uso was instrumental in previous Reigns wins over Owens with outside interference at TLC and even inside a steel cage on Friday Night SmackDown.

With the WrestleMania picture still very much in the air, with only one match reportedly decided upon, Roman Reigns’ road to WrestleMania will be an intriguing one. Everybody from Daniel Bryan, to Edge to Goldberg has been suggested as a possible rumored opponent after initial rumors of The Rock.

After sitting out the first half of the pandemic due to health reasons, Reigns’ return to WWE as a heel has coincided with rising viewership for SmackDown, which remained steady with 2.228 million viewers for the go-home show. With Reigns set to move on to a new feud starting next week, WrestleMania season viewership for SmackDown are likely to do its best numbers of the year.

Kevin Owens, unfortunately, finds himself on the other side of that coin. A fleeting top star now coming off his third consecutive world title loss, Owens’ WrestleMania prospects seem murkier than just about any. Owens figures to be featured in WWE’s biggest show of the year, but it will most likely be in a midcard role. Perhaps WWE spins off this feud into a tag team feud featuring the returning Jimmy Uso, who is set to be cleared for action any day now.

Though Kevin Owens was solid in his role as a valiant babyface looking to unseat Reigns as The Head of the Table, it was always going to take a much bigger name to do just that given the stature of Reigns as WWE’s top heel and its biggest full-time star.﻿