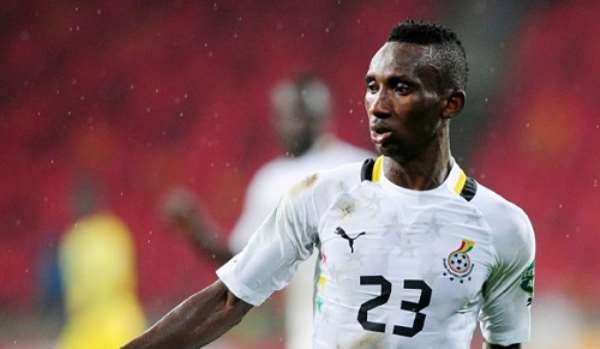 Columbus Crew defender, Harrison Afful has been handed a call-up by Ghana head coach CK Akonnor and will be in action for the team next month in the Africa Cup of Nations (AFCON) qualifiers.

Earlier this month, the experienced defender missed out on an invite when the Black Stars played two friendly matches in the International break.

In games played against Mali and Qatar, Ghana lost disappointingly to the Eagles before going on to beat the Champions of Asia.

Ahead of crucial AFCON matches in November, Black Stars head coach CK Akonnor has gone in for a strong squad and has named a 23-man squad that has key players from the past years included.

Making a return to the team is Harrison Afful who has been in impressive form for his Columbus Crew outfit in the Major League Soccer.