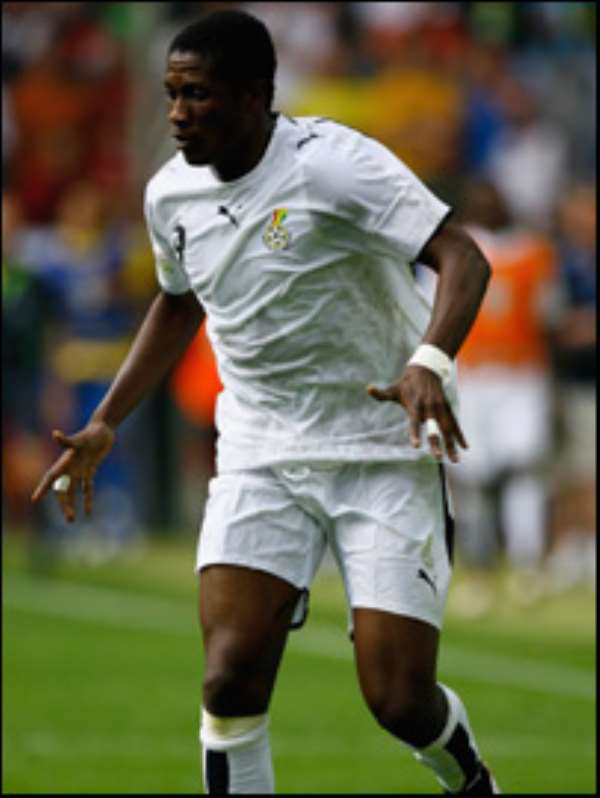 South Korea, playing with a young and inexperienced team, kept the Black Stars at bay in the first half with a combination of good defending and good luck at Seoul World Cup Stadium.

Ghana piled on the pressure early, almost taking the lead within ten minutes when captain Stephen Appiah forced a reflex save from goalkeeper Kim Young-kwang at close range.

Gyan of Italian side Udinese was only beaten by the right post in the 17th, but his 48th-minute header from Laryea Kingson's cross was right on target.

Chelsea midfielder Michael Essien then turned up the heat ten minutes later by heading home a corner in similar fashion to make it 2-0.

With all three of South Koreas English Premiership players sidelined and World Cup striker Lee Chun-soo still nursing an ankle injury, it was left to forward Kim Dong-hyun to hammer home a rebound in the 62nd to reduce the margin.

But Gyan was relentless and made it decisive in the 83rd after weaving through the penalty area.

As host of the 2008 African Cup of Nations, the West African side qualifies automatically for the continental tournament and so is short of games.

Ghana beat Korea by exactly the same score when they last played in June, just prior to the World Cup.

Since the summer's World Cup, when it made a name for itself as the only African team to advance past the group stage, Ghana's only other practice match ended in a 2-0 win over Togo.