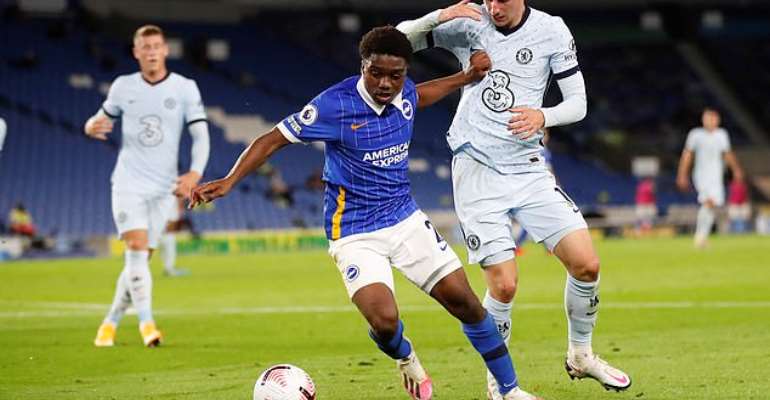 The English born with Ghanaian descent made the headlines despite their 3:1 defeat at the Amex Stadium.

"The performance levels and the demands that are put on the modern-day full-back are absolutely incredible," Neville said on Sky Sports.

"Not just to defend, but to deliver assists, to deliver goals, match-winning moments,” he added.

"You think of the options now that England have at full-back. Reece James, Lamptey, you've got Kyle Walker, (Kieran) Trippier, Trent Alexander-Arnold is one of the best players in the world,"

"He (Carragher) once said that no-one wants to grow up to be a Gary Neville! There is a lot of them, he's started a phenomenon," he concluded.

The 19-year-old had caught the eyes of many in Brighton's last eight matches after joining them from Chelsea in January 2020.

Tariq Lamptey joined Albion from Chelsea U23 during the January transfer window this year.