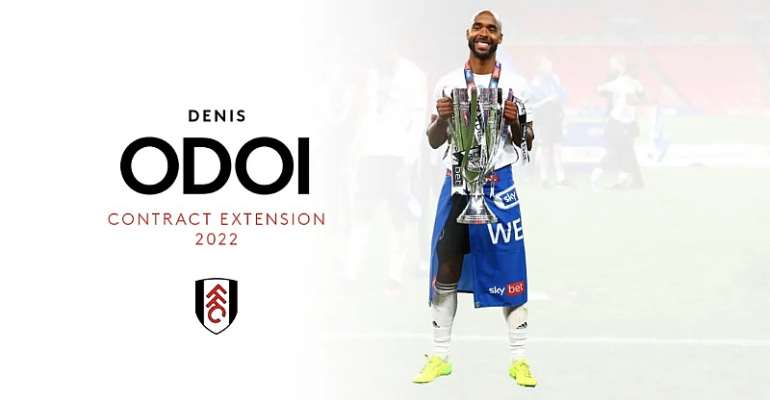 The veteran defender joined the club in 2016 from Lokeren having displayed good performances in the previous years where he spent time with Belgian giants RSC Anderlecht as well.

Having already spent 4 years with the Premier League newcomers, Denis Odoi has today inked a new 2-year contract, keeping him at Fulham until the summer of 2022.

“The Club is delighted to announce that Denis Odoi has agreed a contract extension.

“The defender has put pen to paper on an additional two years, with an option for a further 12 months. The new deal will keep Denis at the Club until at least the summer of 2022”, Fulham said in a communique on the club’s website.

Speaking to FFCtv in an interview after signing the new contract, Denis Odoi shared that he is elated to have the opportunity to spend two more years at the club.

“I’m happy, as it’s given me this season and next season guaranteed at the Club. I’m enjoying my life here, so I’m really happy that I can stay here an extra two years”, the player who has Ghanaian roots said.

Dennis Odoi, 32, enjoyed a successful campaign last season where he helped Fulham to secure promotion back to the English Championship.

During the campaign, the defender featured in as many as 37 Championship matches.

Government to reclaim mined-out areas in Ghana
38 minutes ago