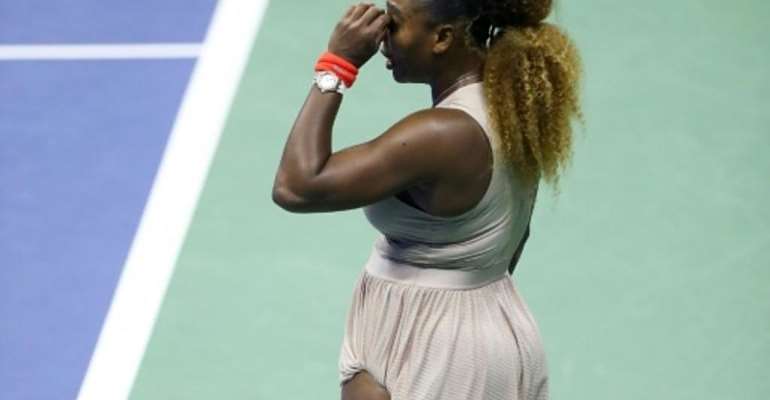 Victoria Azarenka came from a set down to stun record-chasing Serena Williams on Thursday and set up a US Open final against Japan's Naomi Osaka.

Azarenka recovered from a 6-1 hammering in the first set to win the next two 6-3, 6-3 and schedule her first Grand Slam final appearance in seven years.

The former world number one is enjoying a remarkable run in New York.

"I think when you're coming up from kind of nothing, then you become a number one player in the world, sometimes you can start to think you're invincible and that you're better than everybody, and it's not true," Azarenka said.

After a first set plagued by double faults and unforced errors, Azarenka turned the tide in the second, upping her service game and getting more returns in play as she began to dictate lengthy rallies.

"I knew I needed to step up with my aggressivity, play a little smarter, play with a little bit more width of the court and bring the intensity up," Azarenka explained.

The two-time Grand Slam winner had never beaten Williams before in a Grand Slam.

Her last appearance in a Grand Slam final came in the US Open in 2013 when Williams beat her.