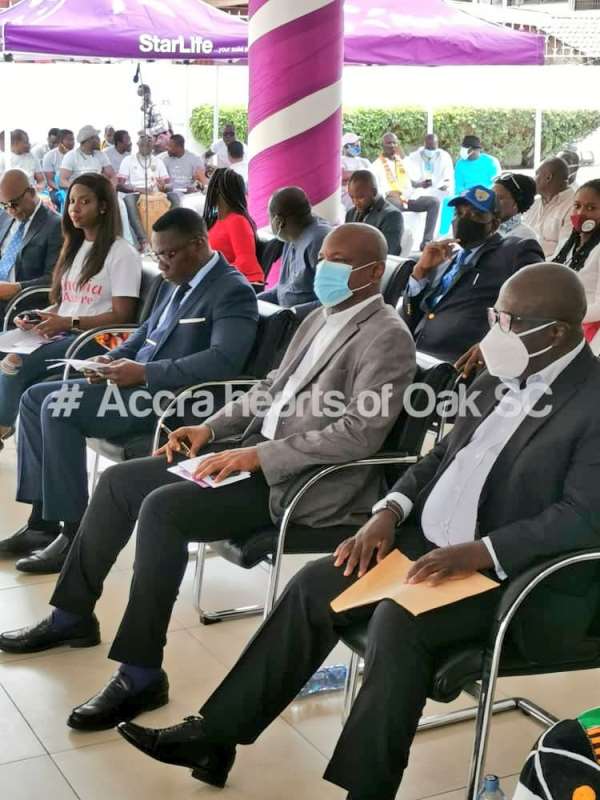 Hearts of Oak board chairman, Togbe Afede XIV has expressed his joy to the new partnership between his club and StarLife Assurance.

Having sealed an agreement even in the midst of the absence of football, the Ghana Premier League giant has today launched its new partnership with the Insurance providers to outline products they offer while unveiling a new team bus.

Speaking at the launch, the majority shareholder of Hearts of Oak, Togbe Afede XIV says he is very delighted with the union.

“I am particularly thrilled with this new development between our club and StarLife especially so as we have a common thread to be dominant and show our pre-eminence on our field of operation”, the board chairman of the Phobians said.

In addition, Togbe Afede XIV has assured supporters of the Accra-based club that works are ongoing to build the club in order to elevate it to the status of a giant on the continent.

“Several initiatives are in the pipeline and, they would be announced as and when its due and, these are all aimed at building Hearts of Oak to be the dominant force in Ghana football and establish we among Africa’s preeminent clubs”, he added.

Alliance of CSO petitions Parliament for audience with GNPC ...
16 minutes ago