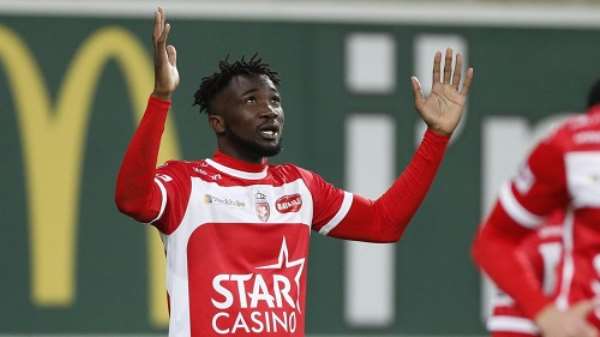 French Ligue 2 club, FC Sochaux-Montbéliard is on the heels of Ghanaian youngster Jonah Osabutey as they eye a summer swoop for the exciting attacker.

His stay was nothing short of outstanding performances as he established himself as a key man for the team throughout the season.

Now back with his German Bundesliga side, Jonah Osabutey has attracted interest from Sochaux.

The club suffered relegation from the French Ligue 1 last season and is eyeing a swift return at the end of the recently started campaign in Ligue 2.

After assessing the statistics of the Ghanaian last season, they have settled on securing his services before the transfer window shuts.

Modernghana Sports sources have revealed that FC Sochaux-Montbéliard has already submitted an official bid to Werder Bremen for the loan services of Jonah Osabutey.

It is understood that the club is willing to sanction the move to ensure the forward gets to play regularly. If negotiations ensue smoothly, a deal could be reached next week.

Osabutey, 21, is a formal player of Ghanaian club Tema Youth and has in the past represented the Ghana U-17, and U-20 national teams.