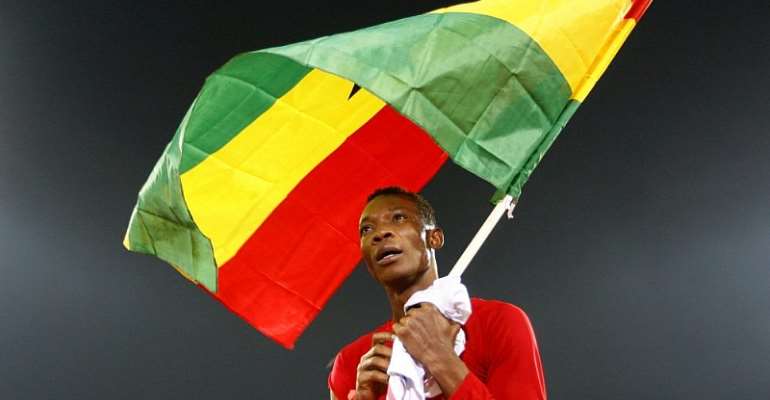 John Paintsil has lauded and attributed Black Stars success during the 2006 World Cup in Germany to the leadership of the Ghana Football Association [GFA] which was led by Kwesi Nyantakyi.

Ghana made a huge impression during the Mundial and played in the Round of 16 in the tournament for the first time in the history of the country in maiden qualification.

The former Ghana right back in an interview with Daily Graphic said the sponsorship packages initiated by the FA, the quality kit for the team and close ties with players played a great role to motivate the players to play their hearts out during the qualifiers and at the tournament.

“The FA brought a lot of sponsors, provided quality kit for us and kept close contact with all players of the team.

"The professional way the FA handled the team was totally different from how we were handled at the Mali 2002 tournament where our jerseys hanged loosely on us like smocks, causing our opponents to laugh at us anytime we met.

“While we felt intimidated in Mali, our self-confidence soared very high during the qualifying matches for the 2006 FIFA World Cup and during the tournament itself,” Paintsil recalled with smiles.

Explaining how the GFA’s motivation impacted the players, he noted, “It brought a sense of togetherness among the players so we saw one another as brothers fighting for a common goal.

“It took away every pressure from us, so we always played our hearts out. That was the secret behind our successes before and during the maiden tournament in Germany,” he stressed.

Ghana exited the tournament after losing 3:0 to Brazil.