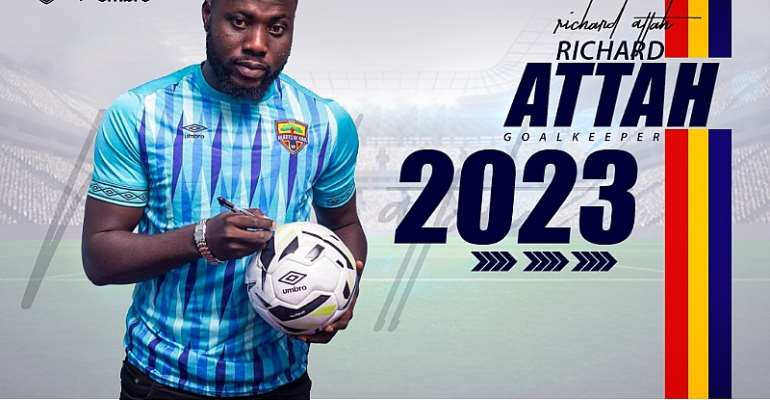 Highly-rated goalkeeper, Richard Attah has extended his contract with Hearts of Oak until the year 2023, Modernghana Sports can officially report.

The towering shot-stopper joined the Phobians in December 2019 ahead of the start of the 2019/2020 Ghana Premier League season on a 2-year contract.

Less than 1 year into his deal, the goalkeeper has agreed to extend his contract after successful negotiations with the official s of the Ghanaian giants.

“Hearts of Oak SC is happy to announce that goalkeeper Richard Attah has extended his contract to 2023”, a club communique on their official Twitter handle has said today.

During the recently canceled Ghana Premier League season, Richard Attah made 12 appearances for Hearts of Oak.

Due to his impressive performances in the league, he earned his maiden Black Stars call-up under new manager C.K Akonnor earlier this year.

Akufo-Addo's response to Aflao Chief was wrong; he must apol...
38 minutes ago

NIA suspends registration at GRA, RGD from October 25
40 minutes ago