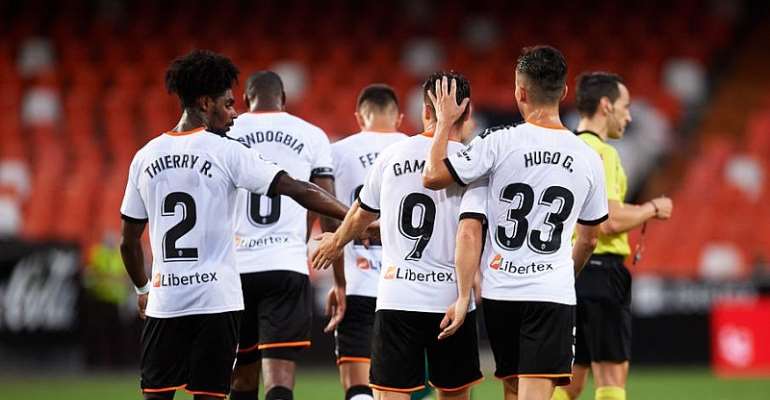 Valencia have been hit by two positive cases for coronavirus, the LaLiga club announced on Tuesday, a day after players and staff returned for pre-season.

The identities of the two individuals have been kept anonymous. They are both isolating at home while the club has notified the Spanish health authorities.

It continues a rise in the number of confirmed infections among LaLiga teams after Atletico Madrid's Sime Vrsaljko and Angel Correa both tested positive on Saturday.

LaLiga completed the 2019/20 season on July 19 and the plan is for the 2020/21 campaign to begin on September 12, following the conclusion of the Champions League and Europa League.

Spain is one of the worst-hit countries by the pandemic and has seen an increase in cases in recent weeks. The Spanish health ministry on Monday reported 8 618 new coronavirus infections since Friday and 65 deaths from the virus over the previous seven days.

Valencia were starting their pre-season preparations this week under new coach Javi Gracia, who was appointed two weeks ago following the sacking of Albert Celades in June.

They were one of the first clubs to confirm cases of coronavirus in March, when 35 per cent of the squad, including players and coaches, tested positive after playing a Champions League match against Atalanta in Italy at the end of February.

Valencia finished ninth in LaLiga after a miserable season for the club, during which supporters grew increasingly disillusioned with the ownership of Singaporean businessman Peter Lim.

A club statement on Tuesday confirmed the two positive cases for coronavirus. "The PCR and blood serum tests carried out on Monday for the first team, coaching staff and employees have detected two positive cases of Covid-19," it read.

"Those who have tested positive will remain isolated in their homes, in accordance with LaLiga and club protocols. The health authorities have been informed immediately of their status.

"From the start of this health crisis, Valencia have given special importance to measures to halt the expansion of the pandemic, and will maintain a strict protocol to which all members of the club are completely committed."

'Get rich quick' attitude among the youth eroding moral fabr...
32 minutes ago