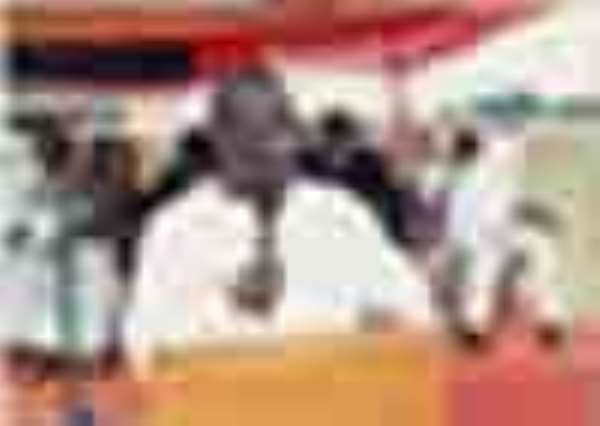 Despite the array of stars on parade at this year's African Athletics Championships being staged in Mauritius, Ghana's contigent is confident it will return with a medal haul.

While he says he is already assured of a gold medal in Commonwealth champion Ignatius Gaisah in long jump, coach Moses believes that both his men and women's sprint relay teams, as well as his 4 x 400m men's team are poised to win medals in the event.

"It is true that the competition would be keener but we also have what it takes to win. All I'm praying for is that, when the time comes, we would get our baton changes right," he told the Daily Graphic .

With sprint champion Aziz Zakari out, the team would rely on Eric Nkansah, Harry Adu-Mfum, Seth Amoo and Tanko Braimah to repeat the breathtaking feat Ghana achieved at the All African Games in Abuja three years ago.

However, they would have to contend with defending champions Nigeria who are likely to parade the holder of the African record in the 100m event, Olusoji Fasuba, All Africa Games champion, Deji Aliu, as well as Uchenna Emedolu and Enefiok Udo Obong plus some strong sprinters from South Africa.

Home boy, Stephane Buckland, who has made impressive strides in the individual sprint event, is likely to add some bite to the split second races which no doubt will be a straight fight between Ghana and Nigeria.

Gaisah, who has not hidden his desire to break the African record of 8.48m, also said that he was not taking chances.

"As the Commonwealth champion, I know everyone will be aiming to get past me, so I'm not taking anything for granted. I've psyched myself up and ready to make self and nation proud once again," he said.

The top stars are not the only ones eager to make the most of the competition. Other relatively young athletes from other countries would also be vying for laurels , itching to ride at the back of the known stars to fame.

Lovers of long distance events will get an opportunity to see why Maria Mutola, Tirunesh Dibaba, Mesat Defar, Kenenisa Bekele, Ezekiel Kemboi and Sileshi Sihine are considered the best in the world.

It is difficult to predict who will break the Kenyan hold in the 3000m Steeplechase with Olympic champion Ezekeil Kemboi, Kipsiele Koech and Brimin Kipruto around. But with Moroccans Abdelkader Haclaf and Brahim Taleb also on parade, it could be an uncompromising affair.

Ethiopia and Kenya will also renew their intense and perennial rivalry in the 5000 and 10,000m. Bekele and Sihine face Kenyans Eliud Kipchoge and Benjamin Limo.

While Zesenay Tadessa (Eritrea) and Uganda's Boniface Kiprop have the potential to cause a major upset. These would not only be the known stars to be on parade.

Indeed, never in the history of the African Athletics Championships has there been an array of stars on parade like the 15th edition being staged in Mauritius.

In the past, athletes from Africa who had gone on to become international stars had shunned the continental event, preferring to rather compete in the more prestigious Golden League which in addition to the fame and glory, puts more money in their pockets.

However, they are trooping to the quiet city of Bambous in their numbers as there is more to it than just competing for pride and medals.

This year's AAC is the platform to qualify to represent Africa at the World Cup in September, as well as the qualifying slots for the World Championships in Osaka next year.

Thus with Africa's finest stars on parade, fans at the Bambous Stadium will have a lot to cheer about, as well as celebrate Africa's stunning show in track and field.

'Funny Ejura committee did a shambolic job, report full of p...
24 minutes ago