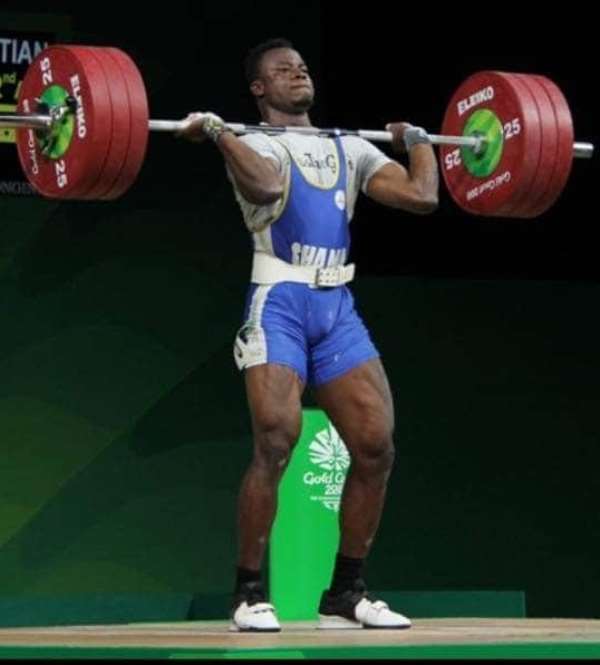 Top Ghanaian weight lifter, Christian Amoah has disclosed that he was very close to qualifying for the Tokyo 2020 Olympics but Covid-19 has halted everything, and he has to wait till next year for the Games.

The 2016 Olympian said there are a lot of problems facing weightlifters but it is not heard by government who has failed to support them.

Speaking on Starr FM programme Untoldstories, Amoah said he tried introducing one guy to the sport and his father told him “please I don't want my son to do this unproductive job”

“We are owed thousands of dollars by government, but it's our president, Ben Nunoo Mensah who always supports us.

"I have never received anything higher than 100 dollars in championships when competing for Ghana.

According to the elite athlete, he had never taught of naturalizing for any other country because switching nationality will be like a sell-out.

“I told myself I will quit weightlifting after the Tokyo Olympics that's if I qualify.

"I used to crack stones before entering into weightlifting and walked from Ablekuma to Kaneshie to pick a bus to Tema Station then walk again to the stadium for training.

"I was a 'trotro' mate and cracking stones because I don't earn much when I return from national assignments” he revealed.

His breakthrough came in 2016 when got his first American visa and had the chance to train in the US.

He said sportspeople are pretending all is well but it is not looking that good for the least financed sports.

“My mum and other family members are pressuring me to stop weightlifting because I don’t bring home money, and they cannot eat the medals” he added.

He said the biggest money he got from competing for Ghana was at the Commonwealth Games in Australia where he got close to two thousand dollars.

Amoah commended the Youth Employment Agency (YEA), Ministry of Youth & Sports and Ghana Olympic Committee (GOC), for the relief package, but it's not enough because the vitamins alone that he uses for competitions is about 3,000 cedis, so they should do more.

“All sporting disciplines are there to win laurels for Ghana so they shouldn't always focus on only football and leave the rest. After a football championship, players get enough to build or buy houses but for us, it's always poverty though we all strive to win for Ghana.

You represent Ghana at an international event and the small money you get is to buy vitamins to stay in shape for other events for the country” Amoah revealed sadly.

“My mum has advised me to quit weightlifting because my life isn't getting any better despite competing for Ghana at the highest level” Christian Amoah added.

Ghana is most likely to miss him at the upcoming 2023 Africa Games.

‘Sputnik-V procurement contract must be re-examined’ – Kwaku...
57 minutes ago

Getting Sputnik-V vaccines from black market using middlemen...
57 minutes ago