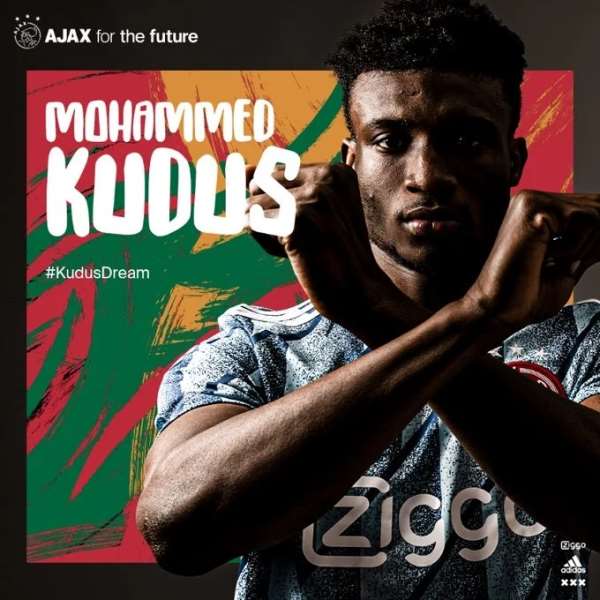 After completing his move from FC Nordsjaelland to Ajax, Mohammed Kudus says he wants to continue his development at the new club.

The Dutch Eredivisie outfit has today announced that they have wrapped up the signing of the Ghana forward for 9 million Euros on a 5-year deal.

Speaking in his first interview, a delighted Mohammed Kudus says he looks forward to embracing the culture of Ajax as he stressed that he wants to improve his game at the new club.

The 19-year-old further extols his former clubs for molding him into the player he has become today.

“I owe it to all my coaches and teammates in FC Nordsjælland and at Right to Dream”, Kudus adds.

In the 2019/2020 Danish Superliga, the teenager made 25 appearances and managed to score 11 goals for FC Nordsjaelland.