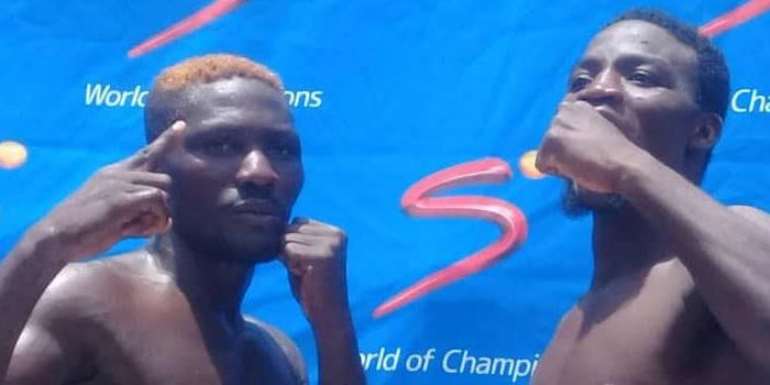 BoxingAfrica.com has learned that pro boxing will return to Ghana in September with the anticipated third bout between Michael ‘One Bullet’ Ansah and Sheriff Quaye.

Though the bout hasn’t been finalized, the Ghana Boxing Authority (GBA) is working diligently to create a set of protocols to be followed once action resumes.

“We have received a COVID-19 guideline from the WBO and we are willing to adhere to it when boxing returns,” said Zwennes. “As it stands, we are likely to see the first show in September when the green light is given.”

Headliners Ansah and Quaye will face off in a Commonwealth lightweight title eliminator that will be staged by Box Office Sports Promotions at Bukom Boxing Arena.

Box Office CEO Alex Ntiamoah says everything is in place to ensure the bout comes off as scheduled.

“We are looking at observing all the pandemic protocols to stage a bout when the green light is given,” Ntiamoah told BoxingAfrica.com.

According to Zwennes, fight nights will be restricted to 100 people in adherence to social distancing protocols. Hence, Ntiamoah is working on other measures to ensure as many eyeballs as possible can view the card.

“The focus is to bring on board television stations for coverage because fans cannot come to the venue to watch the fights,” said Ntiamoah. “This would provide them with the opportunity to watch from home.”

Zwennes said the GBA is liaising with the Trust Sports Emporium (Owners of Bukom Boxing Arena) and promotional outfits to help generate television content for bouts during this period.

“That should be the target because we are not in normal times,” said the GBA President. “We know it is difficult to get television deals in this country but I believe this must pave way for it.”

More boxing on Ghana television could become the new normal – at least until there is a severe drop in the amount of COVID-19 cases. For now, the powers that be believe they have formulated a solution to the sport’s return during this crisis period.

“We are putting together our proposal to send to the government on how we plan to stage bouts in this pandemic,” said Zwennes.

Should the bout come off, as expected, Ansah and Quaye will finally get to settle feud that began in October 2017, when Quaye edged out a split decision win over Ansah.

The close fight warranted a rematch, one that occurred seven months later. This time, Ansah KO’ed his nemesis in splendid fashion, finishing Quaye in seven rounds.

The rubber match was initially slated for March 7 and then postponed when Ansah suffered an ankle injury. Later that month, the entire sport came to a grinding halt as COVID-19 forced Ghana’s government to cancel all live sporting events.