We Have A President We Can Trust! 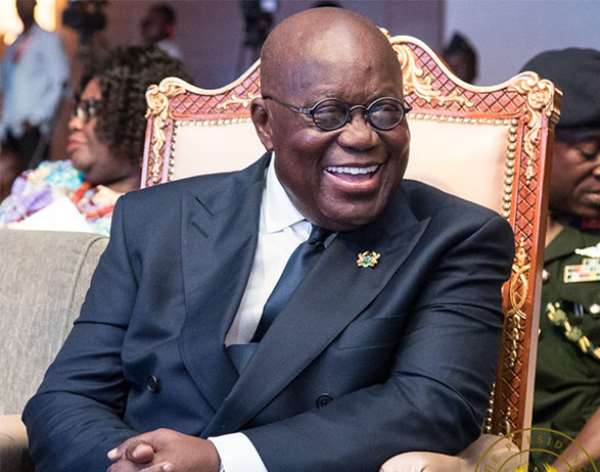 “No country on earth has been spared the ravages of this virus, and my single-minded goal is how to steer the country out of this crisis, protect our population from the virus, and see to the rebuilding of our economy. Nothing else matters for me” – President Addo-Dankwa Akufo-Addo.

COVID-19 first appeared on our planet about six months ago and its spread has been vicious. The virus has managed to have a stranglehold on the health systems of many countries. Notable among them are the United States, Italy and Spain. In a matter of weeks, countries across the globe have gone from washing of hands and social distancing to quarantine; and are gradually easing up now.

For those of us in Africa, we hoped for the best but secretly feared the worst when we saw the rising number of deaths in the advanced countries. We wondered what would happen to the dry leaves (us) as the fresh leaves (developed nations) were falling off.

Our story, however, turned out to be different and far better than we envisaged. African leaders have not disappointed in the fight against the virus and our own President Nana Dee is no exception. His compatriots have scored him high marks for the pragmatic steps he has so far taken in fighting the pandemic. Though we aren't yet out of the woods, we are hopeful because we can see a bright light at the end of the tunnel.

But there are few dissenting views. They claim to see no light at all at the far end of the tunnel. All they see is pitch-black so they continue to preach fear and gloom. They continue to shout from the rooftop that they (Zu-za) would have done better under similar circumstances.

Well, we do understand their lamentations. They need to paint the Elephant black to make the dilapidated Umbrella look somewhat attractive to their compatriots. It is thus not surprising to see President Ogwanfunu and his ilk desperately trying to put sand in the Elephant's gari.

Fortunately, they've so far failed in their bid to make the Elephant's gari inedible. For a group that subjected this country to over four years of 'dumsor' and unprecedented 'create, loot and share' schemes, we know better than allow them to throw dust into our ears.

I liken them to a man who stands behind and watches two players in a game of ‘draught’, popularly called 'damme'. He sees all the strengths and weaknesses of the two players but performs woefully when invited to participate in the game. Would you allow such a player to deceive you into believing that he is a good ‘draught’ player?

Did we not see how President Ogwanfunu woefully failed to contain the cholera outbreak, which killed over 200 people? Will you believe such a man if he comes to tell you he has the magic wand to make the deadly COVID-19 disappear?

I shudder to imagine this pandemic happening under President Ogwanfunu's reign. Imagine being under partial lockdown or mandatory quarantine without electricity for days. Imagine coronavirus patients and health workers in such a situation and power goes put. The results would be DISASTER!

Massa, you see what desperation can do? How could a former president not know that many other African countries, including Togo, Rwanda and Côte d'Ivoire, had received emergency support from the IMF due to the coronavirus pandemic? I guess a simple Google search would have saved him such a monumental shame. And such a man wants us to entrust our country into his care again?

One thing President Ogwanfunu said in the Thursday address that I totally agree with was the fact that “premium must no longer be placed on empty populism and shallow sloganeering”. I'm even surprised he is now awakening to that reality. Was it not for the same reason that we rejected his mouth-twisting 'edey beee kɛkɛ' and 'no ababasɛ'?

My unsolicited advice to the former president is this: “If you give bad food to your stomach, it will drum for you to dance.”