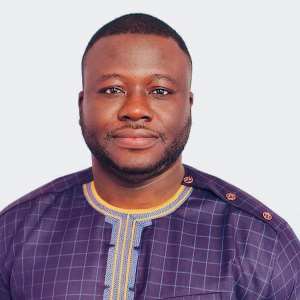 The Tertiary Education Institutions Network (TEIN) at the tertiary level, have played a critical role in NDC's democratization process and bid in capturing political power over the years.

However, members of TEIN, over the years have acquainted themselves very well, thus, their contributions to the party’s growth have been immense. They've really justified their inclusion and contributed the necessary quota towards the party as far as the party's success in General elections are concerned.

An interesting question that has dominated the literature on TEIN's, is the following: How prepared is our TEIN's in our quest to capture political power in the Upcoming 2020 General election? And also, "What inputs are our TEIN's bringing on board to the upcoming general election?

It must be emphasized that, majority of our active members on various campuses play a major role from various branches nationwide, as such there is the need to fully promote initiatives in boosting our campaign towards elections 2020.

The executives of all functionary groups on various campuses must therefore be touched base on their confinement and explain to members on the need to gear up and display courage by working tirelessly to give the needed support to our Presidential Candidate.

One thing that must be factored into consideration as an intellectual wing of the party is that, we are not just going to win as a party in the 2020 general elections but then, we must be able to also increase our total endorsement votes, i.e. the Various groups being divided into zones must work acidulously to achieve the Party's vision for the country.

However, our quest to win elections 2020 depends on the continuous efforts that would be exhibited by TEIN to focus on the various campuses by mopping up every single vote that would come our way.

As the Youth Organizer for NDC-USA, I am appealing to the tertiary students of our noble party to offer themselves and engage in house to house campaign for the party to win more votes in the upcoming 2020 General election. The party again needs the intellectual wings on the field and sell NDC's programs to win more votes, and I also call on the network leaders to extend their educational campaigns to the rural areas where the party was less formidable in the 2016 elections.

Going forward, the most critical role of TEIN is the conducive grounds which will cede the upcoming General election to our victory.

As such, the honour lies on us as the intellectual wing to offer some level of understanding to the students and Ghanaians at large on the need to

choose between four more years of economic hardship and Untold challenges and four years that brings hope, restoration of confidence in leadership and hence governance with you in mind.

My words of encouragement to the current crop of TEIN executives and members is that, you'll have a duty in returning the NDC back to power by passionately supporting the course of unflinching commitment and hard work towards our line of work.

Lastly, let me end by saying as an intellectual wing, let's provide assistance of help to the party agents at our branches, since vigilance in the upcoming election is very key.