Why Do Successful Ghanaians Usually Disown their Childhood or Not Long Ago Friends? 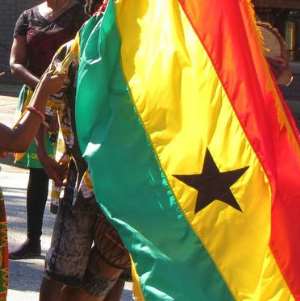 Fellow Ghanaians, today, Tuesday, 28 April 2020, I have come to your doorsteps, knocking on your doors in the hope that you will let me in, listen to my mission and answer the question I have for you. Once I am let in, my simple question for you is, why do successful Ghanaians usually disown their childhood or not long ago friends as soon as they become successful in life?

I have witnessed many instances of people disowning their childhood or not long ago friends when they have been able to cross all the hurdles in life to become immensely successful in riches, in knowledge through acquisition of higher education qualifications or landing higher positions in the country or outside the country.

Sometimes, it does happen that the immediate past friends had helped greatly in the successful person’s efforts to become successful but once he or she succeeds, they no longer know those through whose back and shoulders they climbed to that height. Why is that so?

I know once you move up the ladder, your social status changes hence the need for moving along with the people in that category but do you have to completely disown your friends who you come to see as nobodies because their circumstances haven’t markedly changed for the better like yours?

It may not be all Ghanaians that behave like that but the majority do. Let me narrate a personal encounter. This happened about thirteen or so years ago. I had not seen one of my best elementary school classmates for nearly forty years. However, I could hear how wealthy he had become. Once, I went to Ghana and his family member showed me where he works in Kumasi. I went there alone while that family member was waiting in a car parked several yards away for me.

When I saw him laying on a bench, I jokingly gave him a light punch in his stomach. I did it twice. He sat up, looked me in the face and from his body language was wondering who could this guy be, unknown to me but joking around with me? When he sternly looked me in the face, he realised who I was. He jumped to his feet, embraced me and was happily shouting out my name as friends who have parted for long normally do when they unexpectedly chance to meet again. He introduced me to a government Minister’s driver who had called on him and told him much about me. We were both happy to meet again.

I asked me what I would eat and drink so that he got them for me straightaway. I declined to eat or drink anything. We chatted for some time, touching on schooldays topics and life experiences. I then begged to leave. Anyway, he has passed away about seven years or so ago and I say, may his soul rest in peace.

His case is one among the few that happens to cement real friendship to an appreciable level regardless of the time gone by or the changes in the lives of the people involved. Most successful Ghanaians turn their back to their old-time friends.

There is another known person who not only himself but his wife, has helped to snub the friends of her husband once the husband landed a higher position in Ghana. Those that they had known to have assisted the husband in many ways to get to that position, close friends of course, were rejected. They don’t want to see them ever again. Why is this? This is not peculiar to this particular couple but something that I hear many Ghanaians do hence asking why they do that.

I have chosen not to mention any names but I am highly disturbed by this selfish, myopic and irresponsible attitude by certain Ghanaians. You can be a shoulder for them to cry on but once they become greater than you, to hell with you, they no longer realise the good things you had done for them.

Do they shun those friends fearing that they will be scrounging them, begging them for money or what? I can’t get it.

There may be many things to it than meet the eye hence seeking to know from the general public why some successful Ghanaians do reject their old-time or not long ago friends to make new friends. Can’t they still welcome their known best but old friends at the same time that they keep their new friends? Why do they come to see their old friends as not within their class any longer so had better ignore them like someone blowing off a dirt from their shoe?

I have finished. I am only seeking answers.

The author has 2070 publications published on Modern Ghana.

Okada Business Will Keep Booming If Roads Are Not Expanded –...
30 minutes ago

Mahama Promises One TVET, One District
30 minutes ago