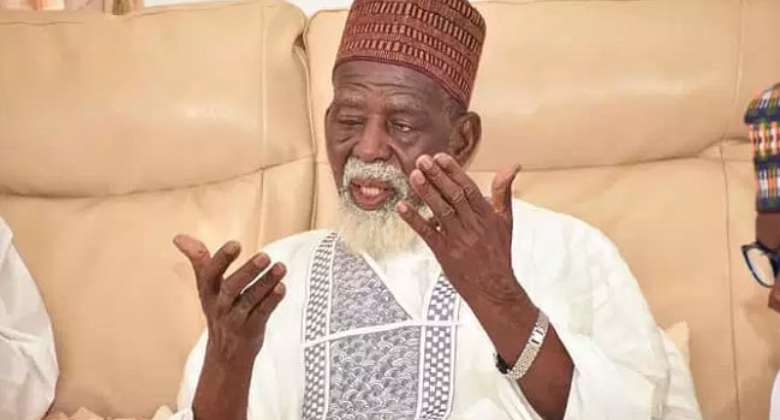 The National Chief Imam, Sheikh Osman Nuhu Sharubutu, has observed that the suspension of congregational prayers by Muslims is being misinterpreted in some parts of the country.

While the order stops Muslims from congregating for prayers until a reversal is announced by government, the azan or the call to prayers on the other hand is permissible. “Muslims should not congregate for prayers but the azan or the call to prayers by the muezzin or the person who calls the faithful to prayers using the public address system is permissible. The muezzin should add at the end of the call that the faithful should say their prayers in the confines of their rooms,” he said.

The Chief Imam's explanation comes on the heels of the misinterpretation of the order by some law enforcement officers as well as some Muslims.

“While some law enforcement officers and non-Muslims harass the muezzins for calling the azan, which seeks to alert the faithful that the time for a particular prayer is due and does not represent a congregation of the faithful in the mosque, some Muslims too on the other hand are said to be breaching the order banning the gathering for prayers in the prayer facility. All Muslims should steer clear of congregational prayers and rather pray in their rooms,” the Chief Imam said.

As part of measures to stop the spread of the coronavirus, public gathering has been suspended across the country as it is in most parts of the world.

The National Chief Imam last week led a delegation to the President at the Jubilee House to express support for the measures taken to stop the spread of the virus in the country.