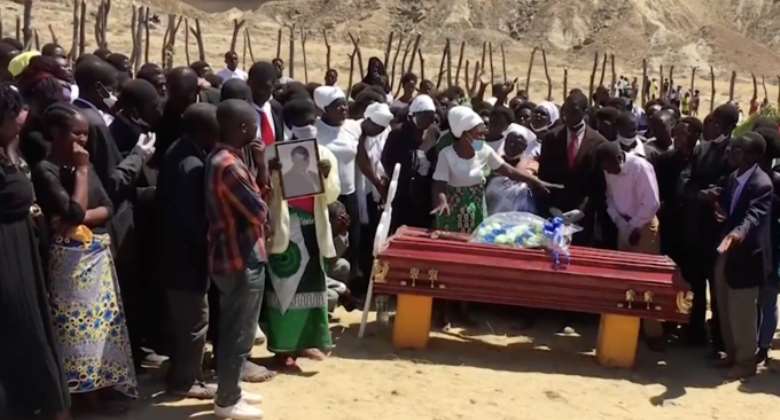 Francisco Tchkuteny Sabalo who was in his 70s died from Prostate Cancer. Hundreds of mourners attended the funeral of the late Polygamist. The funeral took place at Mungongo Island, near the Southern Port City of Namibe.

Big Dad was famously known for his unprecedented 42 wives, 156 children and 250 grandchildren which made him one of the fascinating stories to have emerged from the East African country.

The burial of the famous Angolan saw thousands of people gracing the occasion with most being his relatives and in-laws.

At the funeral, Big Dad’s grandchildren were garbed in white top and black skirt whiles the wives wore all in black outfits.