COVID-19: Africa Is Fighting And Relying On Its Own Forces 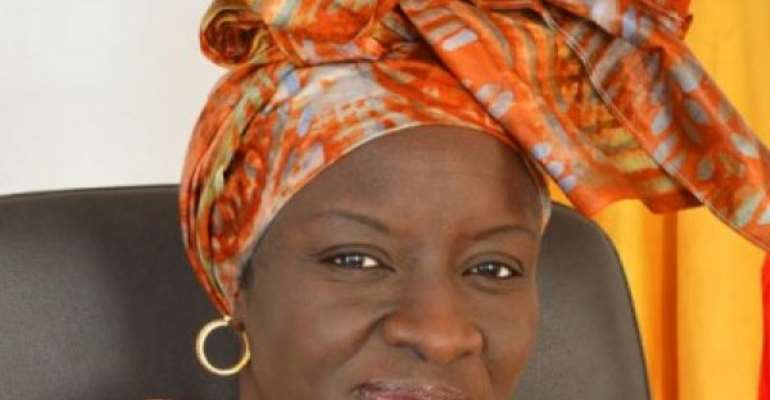 Still, based on certain observations, we can make some preliminary remarks for our continent. The phenomenon of globalisation, described by its advocates as cast in stone, a sui-generis universal construct, is quickly turning into a self-encapsulation of nation states left to their own devices. Unseen in the recent history of humanity this house of cards is on the verge of collapsing on a world scale.

The quasi-universal closing of borders, the massive repatriation of expatriates to their countries of origin, and the stoppage of nearly all international airline transportation around the globe today severely undermines the myth of a unified global village.

That myth, brought by the dynamics of globalisation and the inevitable centralising mechanisms of world production and development, led to seemingly unstoppable trends of geo-spatial markets and trade mobilities.

But the sad reality is that COVID-19 has revealed a dark side of this dialectic of globalisation.

Beyond the celebrated allure of robustness, integration and interdependency of its constituent part, we discover that globalisation is genuinely devoid of those essential virtues of solidarity and subsidiarity.

For more than a month, Africans have been obliged to remain confined within their own borders.

They have had to stoutly explore their own sustainable responses to this global sanitary crisis, a crisis unforeseen just three months ago.

African governments at different levels mobilised their resources and expertise, elaborated innovative strategies and carried out bold and novel policies to contain the spread of the virus.

In this fashion they have eviscerated the Afro-pessimist naysayers, who predicted an upcoming African cataclysm.

The earlier apocalyptic forecast predicted for Africans during the first stages of the AIDS pandemic did not gain traction with the reality of health on the continent.

A swift and efficiently well-coordinated partnership between African governments and the international community cogently prioritised the fight against HIV/AIDS, despite numerous daunting development challenges which were confronted on a daily basis.

They significantly curtailed maternal and child mortality rates, even though other pressing sanitary challenges remained to be dealt with.

It is important to acknowledge that when governments embark on solving pressing and major predicaments, successful management requires fostering a patriotic stance.

Only in this way can one bring about successful development.

An emphasis on patriotism nurtures and reinforces a climate of collective citizenship, a trust and approval of the political initiatives set in motion by the nations' respective governments: this fosters social and political stability.

This is the case of African countries, which went through long-standing periods of sustainable economic evolution.

Inclusive growth and equity in the continent began with concepts of nationhood.

International cooperation, no matter how valuable, and it is, can only assist African governments in their policy initiatives to carry out their development prospects.

Within the current context, one of the first victims of the COVID-19 is undoubtedly multilateralism.

The multiple mechanisms and institutional agencies operating in Africa so far have been basically inept in swiftly handling this major health crisis.

All too obviously, international cooperation has been missing in action, or slow to react – despite the advocacy and commitment of the UN Secretary General.

More than ever, Africa is conscious that it can only rely on its own forces to protect itself from the devastating effects of COVID-19.

For instance, in Senegal, at the Dakar Fann Hospital, in a department in charge of handling severe COVID-19 cases, there are only local physicians, nurses, medical assistants and health care providers.

These, and only these, exclusively Senegalese citizens, are fighting on a daily basis against this pandemic.

Here are the current facts: As of April 14, Senegal, had accounted for 299 confirmed cases of COVID-19, 183 cured and two dead.

Everywhere on the continent, governments are on the task, fighting to work out endogenous solutions with their own means to protect their populations.

Africa is searching for solutions, armed with its past proven resilience in the face of adversity, and its scientific proficiency in the fight against these pandemics.

About scientific proficiency: 35 years ago, in 1985, Professor Souleymane Mboup, in his modest laboratory at the Aristide le Dantec Hospital, discovered HIV 2.

HIV 2 is a variant of the HIV 1, a virus more widely known and studied by his European and American colleagues.

COVD-19 reminds us of an African proverb: “When your house is on fire, you should at first rely on your neighbours to extinguish the fire and then, rebuild your home.”

The African Union must, more than ever, reinforce the scientific cooperation among its member states in order to insure our common health sovereignty.

This is urgent today: to put in place a genuine scientific partnership between our African universities so that we can identify anticipatory and preventive therapeutic and pharmaceutical solutions to human suffering.

Only in this way can we be ready to bring quick concerted efforts to deal with unexpected upcoming sanitary crises.

We must actively encourage the African scientific diaspora to build solid cooperation.

We must exchange network systems with our counterparts from the continent in order to build African centres of research and laboratory excellence.

Only these will be capable of helping to inspire widely recognised African initiatives on the cutting edge of research and development for medicinal and vaccine cures.

This is the true path to our health sovereignty.

From now on, the urgent mission of the African Union and its sub regional commissions must be to unify the fight of Africa against the COVID-19.

We must blend and systematise, in concrete form, our intellect and know-how.

In this way, we can mutualise our resources and galvanise the exceptional resiliency of our people.

More Article
ModernGhana Links
The Psychosocial Impact Of The Recent Murder Cases In Ghana
High Unemployment Rate: A Major Driver Of Insecurity In Ghana
The role of extractives in Africa’s inclusive green and resilient recovery
Oyo jailbreak has to be the last.
Hushpuppi Saga: A Wake-Up Call For Public Awareness About Business Email Compromise Scams
Sketchy Treaty Uncertain For Its Implementation Had Averted Thebloody And Fatal Scuffle In Somalia
A poor Liberian found US$50,000 and returned it to the owner
Ursula Owusu Ekuful is the Yaa Asantewaa of Digitalisation
In sub-Saharan Africa and Elsewhere, We Need to Look Harder for TB
TOP STORIES