Global backlash after Trump orders funding freeze on WHO

By Nina LARSON with Susan STUMME in Washington and AFP bureaus 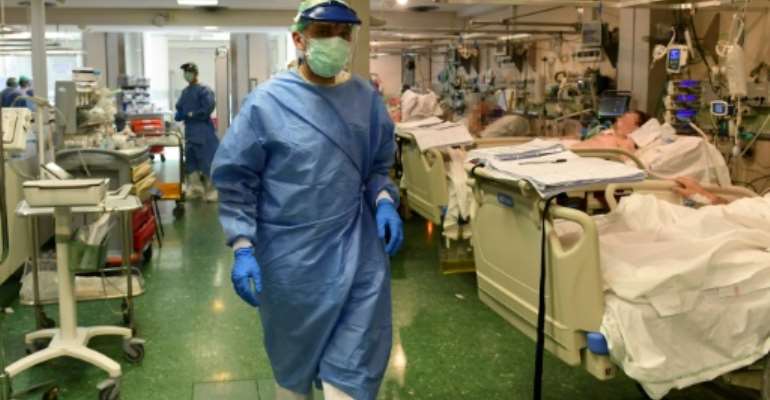 Criticism was heaped on US President Donald Trump on Wednesday after he ordered a freeze on funding for the World Health Organization, with friends and foes of the United States calling for solidarity in the fight against the coronavirus and its crushing economic impact.

The pandemic is entering a new and uncertain phase as governments debate how to reboot commerce without triggering new waves of infections of a virus that has killed more than 125,000 people.

In hard-hit Europe, a patchwork of countries are easing lockdown measures, with Denmark the first on the continent to send some children back to school and Germany announcing it would allow most shops to open once they had "plans to maintain hygiene".

Yet in poorer and more densely populated parts of the world, many governments are still struggling to enforce restrictions on movement that are piling misery on the poor and spreading hunger.

As the world tries to chart a way out of the crisis, Trump ramped up his blame-game with the WHO, the UN's health agency.

Accusing the WHO of "severely mismanaging and covering up the spread of the coronavirus", Trump ordered a freeze on payments -- the US was its top individual donor last year giving $400 million.

The outbreak could have been contained "with very little death" if the WHO had accurately assessed the situation when the disease broke out late last year in China, Trump alleged.

'Dangerous as it sounds'

Allies and enemies of the US fired back at the American leader, who played down the dangers of the virus until it arrived in full force in the US, where it has now chalked up its highest death tolls.

The G20 said after a videoconference it would temporarily suspend debt repayments from the poorest countries. By HAZEM BADER (AFP)

"No doubt, areas for improvement will be identified and there will be lessons for all of us to learn," said WHO chief Tedros Adhanom Ghebreyesus, adding that he would work to cover any funding gaps.

UN chief Antonio Guterres also condemned Trump's move while billionaire Bill Gates, a major WHO contributor, tweeted that cutting funding was "as dangerous as it sounds".

Staunch allies in the European Union were similarly disapproving and Washington's rivals also took aim -- Russia condemning the "selfish approach" of the US, and China and Iran blasting the move as dangerous.

The controversy erupted as the world is trying to ease the blow of a looming economic catastrophe, which the International Monetary Fund has said could see $9 trillion wiped from the global economy in the worst downturn since the 1930s Great Depression.

The G20 -- a group of the world's leading economies -- said after a videoconference it would temporarily suspend debt repayments from the poorest countries.

The reprieve will free more than $20 billion and will last at least a year, according to Saudi Finance Minister Mohammed Al-Jadaan, whose country led the meeting.

But the global outlook remains gloomy, with Europe's powerhouse Germany already in a recession and US industrial output declining by 6.3 percent -- its biggest fall in seven decades.

Normality a long way off

With tentative hope the death tolls and infection rates could be plateauing in some European hotspots, a handful of countries are experimenting with phasing out restrictions.

A poster in Paris thanks healthcare workers, shopkeepers, police, the post office staff and farmers. By FRANCK FIFE (AFP)

Germany said most shops would be allowed to reopen but measures such as bans on large events would remain in place and schools would stay closed until at least May 4.

While children started returning to nurseries and primary schools in parts of Denmark, Lithuania said it would allow smaller shops to reopen from Thursday.

A travel ban around the Helsinki region was also scrapped, though Finland's Prime Minister urged residents to continue avoiding unnecessary movement, saying "now is not the right time to go to the summer cottage".

In Brussels, the EU unveiled a proposed roadmap for loosening controls across the bloc with the help of smartphone tracking apps that could detect local flare-ups of the virus.

Other countries are also tweaking confinement rules, with Iran set to let some small businesses to reopen and India allowing millions of rural people to return to work -- officials saying it was too painful to shut the farming sector.

Yet a full-scale return to normality still appears a long way off.

Harvard scientists have warned that repeated periods of social distancing could be needed as far ahead as 2022 to avoid overwhelming hospitals.

Spanish Prime Minister Pedro Sanchez, who has allowed work to restart in some factories and building sites, nevertheless warned that "nothing will be the same until a vaccine is found".

'Police come with a whip'

In parts of Africa and Latin America there are fears over hunger and possible social unrest as lockdowns take their toll.

A similar crisis is taking hold in Ecuador, where hunger trumps fear of the virus for residents in rundown areas of the badly affected city of Guayaquil.

The city's mayor has warned that overstretched medical facilities have left many to die before they could be tested -- a reality that could be hiding the true extent of the carnage in many poorer places.

However, in parts of the world that saw early outbreaks, there were some hopeful examples of life carrying on.

Wearing compulsory face masks and gloves, South Koreans went to the polls on Wednesday and delivered a strong show of support for President Moon Jae-in, commending his handling of the epidemic.

Once home to the world's second-largest outbreak, South Korea has largely brought the virus under control through widespread testing, contact-tracing and social distancing.