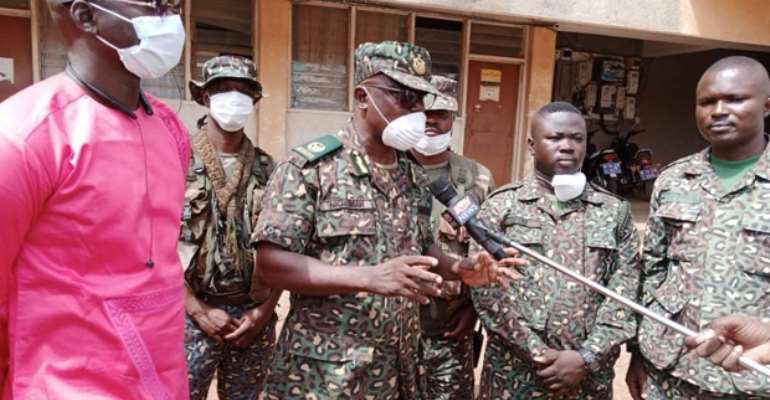 A total of 41 people have been arrested by personnel of the Ghana Immigration Service at Babile Inland Post in the Lawra District of the Upper West Region for attempting to enter the country illegally.

The people, comprising of 39 Ivoirians and two Ghanaians who were traveling on two Sprinter buses with Registration Numbers AW 253-14 and GE 8700-12 through an unapproved route were intercepted on Monday by personnel of the Immigration Service at Babile through intelligence.

Upper West Regional Commander of the GIS Assistant Commissioner of Immigration, Peter Nkrumah, disclosed this to the media on Tuesday.

He also disclosed that eight others including two Ghanaians and six Burkinabes were also arrested for passing through unapproved route into the country.

The Regional Commander disclosed that on Monday, April 13, at about 9:45am, a Malian was also arrested for coming into the country through unapproved route and was picked up by two Ghanaians including a policeman using a Land Cruiser Vehicle.

Mr Nkrumah said after briefing the Regional Minister, Dr Hafiz Bin Salih and the Regional Director of Health Services, Dr Osei Afreh Kuffuor, they agreed that the Malian be quarantined at the Regional Hospital.

“We the Immigration personnel who are on the ground will make sure that the directive of the President is implemented to the latter; we are not going to accept anybody that passes through unapproved route into the country”, he emphasized.

“Monitoring the event on daily basis, we are realizing that all those crossing through the illegal routes are positive to the virus”, said the Regional Commander of Immigration.

Mr Nkrumah appealed to residents of the border communities to give out information on all those people trying to use the unapproved routes to enter into the country.

“We should all know that government is fighting for the safety of all citizens, therefore, this fight should not only be for the security officers alone”, he added.