What drives abuse of women in childbirth? We asked those providing the care

By Patience Afulani - The Conversation 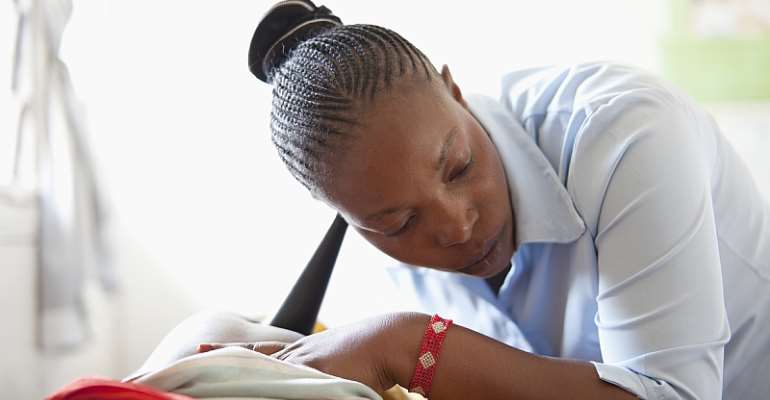 Disrespect and abuse during childbirth are a violation of women's human rights. Women deserve care that maintains their dignity, ensures their privacy and confidentiality and is free from mistreatment and discrimination.

Most research has, quite rightly, focused on the perspectives of women. However, it's also essential to get a better understanding of what drives providers toward this behaviour. To better understand the dynamics, we conducted research with providers in 18 facilities in rural Kenya.

Most providers we spoke to reported that women were mostly treated with respect. But some acknowledged instances of verbal and physical abuse and lack of privacy and confidentiality. We identified several drivers of this behaviour.

Verbal and physical abuse appeared to be an expression of both helplessness and an exercise of power.

The most common reason given for abuse was that they “had to do it” to save the baby when the woman was uncooperative or difficult. Examples of what made women “difficult” included not following instructions, refusing exams or aspects of care, screaming too much, wanting to deliver on the floor or being disrespectful to providers.

Providers said they sometimes felt overwhelmed when they felt the baby might die because of a woman's lack of cooperation. They then reacted by being verbally or physically abusive.

Another major contributor cited by the providers was stressful work conditions and burnout. Issues raised included high workloads due to staff shortage, a lack of essential supplies and medicines, women presenting for labour without the recommended items and language barriers.

As one provider put it:

You can find yourself on night duty at the same time you are covering daytime, and so you can't get good services that you want to give a client because you are exhausted.

Providers also cited poor infrastructure and lack of supplies and medications. It was sometimes difficult to maintain women's privacy and confidentiality because of small labour wards and a lack of privacy screens. Women had to bring their own supplies like sanitary pads and detergents, and those who didn't bring their own sheets were sometimes left uncovered.

Community expectations of “free maternity care” under Kenya's maternal health policy sometimes created tensions between providers and women and their families because they did not think they should have to bring their own supplies.

Few providers admitted that abuse was their own responsibility. However, a few acknowledged that disrespect and abuse were sometimes due to provider attitudes and temperament. Provider attitudes were attributed to stress, lack of motivation, ignorance, lack of training or just being human.

They also acknowledged that treatment differed based on a range of factors such as personal connections, wealth, social status, education, empowerment, age and ethnic affiliation. As one provider put it:

Some is just physical appearance, you just get in and everybody is in love with her and the other one comes in and everyone is like oooh nobody bothers to attend to her, but mostly it is race and financial status.

These findings suggest that disrespect and abuse are driven by difficult situations – real or perceived – in the health system as well as the socio-cultural environment.

Interventions need to tackle multiple intersecting factors. This should include empowering providers with the skills to manage difficult situations. Training should also aim to help providers to develop positive coping mechanisms and to identify and curb the effects of their biases.

It will take time, motivation, practice and reinforcement to develop providers' interpersonal skills and change their attitudes. Training to prevent disrespect should be part of both pre-service and in-service training. Providers should be equipped with the knowledge and skills to pursue alternative ways to deal with difficult situations, as well as unreasonable expectations of women in labour.

For example, providers who were more aware of women's rights had changed their behaviour. Some said they had stopped pinching women since going to training and, as one person put it,

Beyond training, action is needed to address factors that contribute to stressful work conditions, such as staff shortages, lack of supplies and medicines, and poor facility infrastructure. Accountability mechanism are also needed. Improving the work environment and changing the culture of facilities and health systems are essential to ensuring every woman receives dignified and respectful care during childbirth.

Rebecca Griffin does not work for, consult, own shares in or receive funding from any company or organization that would benefit from this article, and has disclosed no relevant affiliations beyond their academic appointment.