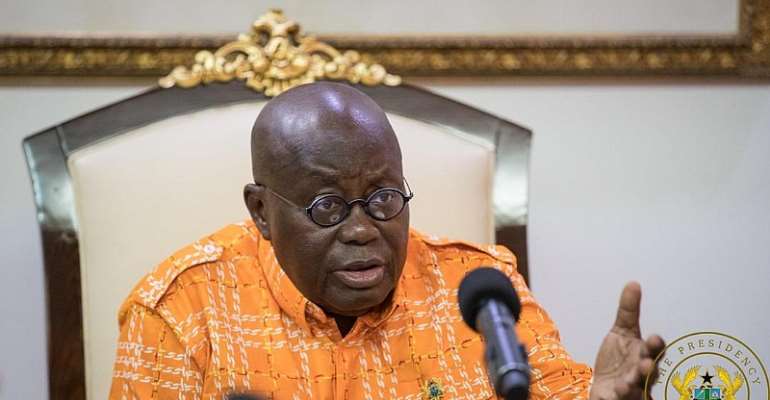 President Akufo-Addo has approved GHC10 daily allowance to all Kayayies during the period of the partial lockdown.

Minister for Local Government and Rural Development, Hajia Alima Mahama announced the package when she presented money to some kayayies who returned to Accra after their failed attempt to escape the lockdown.

According to the minister the president has directed that all Kayayies be given GHC 10 per day throughout the lockdown period to buy food.

Vice President Mahamudu Bawumia had dispatched the minister to donate GHC500 to each of the stranded kayayies who were stopped at Ejisu in the Ashanti Region on their way to the Northern Region.

The head porters, numbering about 76, had attempted to flee from Accra back to their hometowns in the wake of the President’s order for a partial lockdown of COVID-19 Accra, Tema, Kasoa and Greater Kumasi.

However, their journey back home was unsuccessful as it fell within the lockdown time on Monday, March 30.

Their attempted mass crossover to the north was seen as a danger that could spread the virus in other parts of the country and they were stopped by security officials and returned to Accra.

Despite the temporary provision of shelter for them by the Accra Metropolitan Assembly, many have raised concerns over the plight of the Kayayies under the current circumstance, as business activities in the heart of Accra have come to a halt.

It was in response of their plight that the Vice President donated GHC500 to each of them to ameliorate their predicament during the period of the lockdown.

The Minister was accompanied by Member of Parliament for Walewale Dr Sagare Bambangi and Chief Executive Officer of the National Service Secretariat Mustafa Ussif, who is also the NPP parliamentary candidate for Yagaba Kobori in North East region where the Kayayies come from.