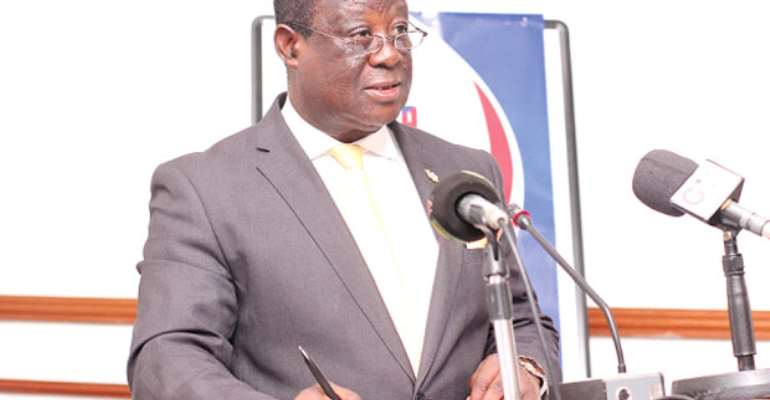 The road fund under the previous Mahama administration was branded “sick” by the Majority in Parliament after their counterparts used parliamentary privilege to blame the ruling New Patriotic Party (NPP) government for the delay in the construction of the Bolgatanga-Bawku-Pulimakom road.

Led by the Member of Parliament (MP) for Pusiga, Laadi Ayii Ayamba, the Minority MPs said the NPP government allowed works on the road to be stalled after their government exited power in 2016 during a debate of the House on Monday evening.

According to the National Democratic Congress (NDC) MP, there had been no single work on the road for the past three years because the current government found the need to prioritize other road projects at the expense of the 102.55km road.

The Minister of Roads and Highways, Kwasi Amoako-Atta, replied that the road project, which was awarded on contract in September 2016 with work commencing in December the same year, was wrongfully charged to the Road Fund meant for routine maintenance and repair.

According to him, Road Fund has an average accrual of GHȼ1.2 billion, which money comes from four sources, including the fuel levy that accounts for about 94 percent, and that it was wrong on the part of the NDC government to have tied a project of over GHȼ622 million to the fund.

“It was non-starter, and even this project was sole-sourced. How can a major rehabilitation of a road of a length over 109 kilometres be sole-sourced?” he asked rhetorically and added the project was even fraught with problems.

“The worst of all, Mr Speaker, the government then had initially awarded the first 12 kilometres from Bolga on contract to a company called Mawoos, and when it became necessary to award the entire length of the project, they also named it Bolga-Bawku-Pulimakom which raises the issue of double payment and double counting,” he stated.

His Deputy, Kwabena Owusu-Aduomi said the NDC government “inappropriately positioned the road on a sick Road Fund” that was catering for many other things.

For him, the former administration could have best put the road on consolidated fund which could have provided enough funds to push the project to completion.

The House was debating the €139.4 million approved by the MPs to finance the construction of the Bolgatanga-Bawku-Pulimakom road project.

The amount is to be provided by HSBC Bank and KEW IPEX Bank GmbH.

Government said good road infrastructure is a critical facilitator for rapid socio-economic development of the country through the improvement of accesses, reduction in travel times, congestion, vehicle operating costs and accidents.

The Bolgatanga-Bawku-Pulimakom road starts from Bolgatanga Municipality as a dual carriage road for 2km and continues as a single carriageway through Zebilla, Bawku and ends at Pulimakom.

The Finance Committee said in its report that in view of the importance of the road, the Government of Ghana commenced the construction of the Bolgatanga-Bawku-Pulimakom road in 2016 with funding from the Road Fund.

“Unfortunately, Road Fund was unable to release the needed funds to finance the project. As a result, the project has stalled,” the committee noted.

Spio sues Wontumi for calling him a thief
7 minutes ago