The War With A Common Enemy (1) 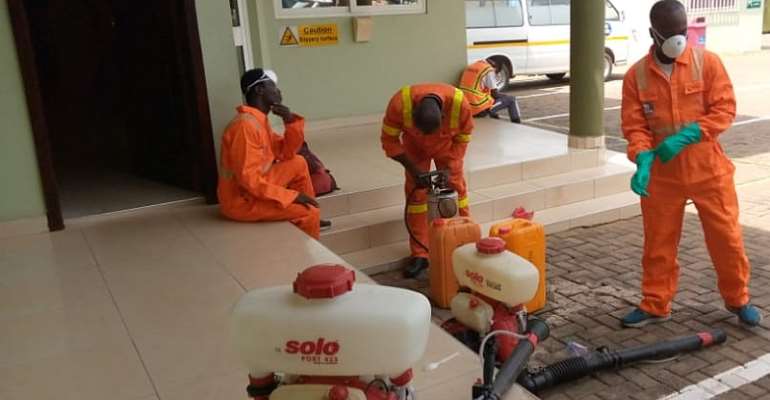 In our era of scientific breakthroughs and technological advancement;

Scientists, Biologist, Virologist, Medical Doctors, Nurses and other ancillary health workers have fought and won many battles against various diseases since the inception of time till date including the dangerous Ebola Virus which havocked many West African Countries in 2015. The world fought two successive dangerous wars (WW 1 &2) and yet there was an order and a cease fire. These wars and diseases affected various economies but long lasting solutions and contingent measures were put in place for human survival.

Fast forward to 2020, the world is fighting an invisible enemy either created artificially or by natural occurrences through our ecological environment. Despite the scientific, medical, economic, financial, military and religious powers the world can boast of, we are at a standstill and galavanting for solutions which our newest, fearless, bravest, smallish, self coronated and styled tiny virus (COVID-19) has brought to us. This virus, although very tiny, fears no borders, personality nor military capabilities. It has become a free flowing agent resting at places of comfort, convenience, stressing health facilities and sending many people into their graves.

The answer to this pandemic is in a self styled paradoxical Pandora's box cushioned with conspiracy theories yet to be unfolded. The terrene for the battle is not favourable and not easy, people are falling like mangoes in their thousands with no stalk and support, the mortuaries are exhausted and still some nations are recording more casualties than ever within a day. The health workers at the fire and forefront are in the battle without much weapons and ammunitions to stand against this little enemy which some super powers believed its a hoax and downplayed the threats it poses while others including my fellow Africans passed funny superstitious, religious, unscientific and conspicuous comments, allegations and beliefs.

Moving forward is perilous, standing still is suicidal and flinching backwards (retreating) is not an option. This enemy does not give room for delayed planning, contingency plans, reorganizing, retooling and the worse is to surrender. We are in a battle without rules of engagement and a commander. The enemy is concealed among the citizenry and operating covertly like an undercover secret service agent taking us out one after another irrespective of class, profession, position, race or age.

We are in a battle where you cannot surrender to the enemy and cannot also come into negotiation for peace. The United Nations have no agenda for peace with our current and common enemy because we are all in this together. To mitigate the undesirable impact of the virus, The World Health Organization has issued the order stay home or seek shelter for some of its employees. The center is shaking indeed. We are in a war that other stronger states with good weapons and ammunitions (medical system, facilities and professionals) have been overwhelmed. Our supposed commanders lost focus right from the beginning and the enemy (COVID-19) have already advanced deep into our territories.

However there is hope for us to defeat our common enemy without surrendering to it. We can do this by coming together to adopt the draconian, drastic, and rather unfavorable measures the Chinese used. This is not the time for human right advocacy and sheer display of democratic credentials. This is the time to sacrifice our freedom now for a good future. Let do away with the conspiracy theories and fight this battle. I am of the firm believe and optimism that we can definitely win without much casualties. Let put in our maximum best, eliminate fear and panic, manage the situation, abide by the guidelines and the God Almighty will protect us against the traps of the fowler.