To mask or not to mask: mixed messages in a time of coronavirus 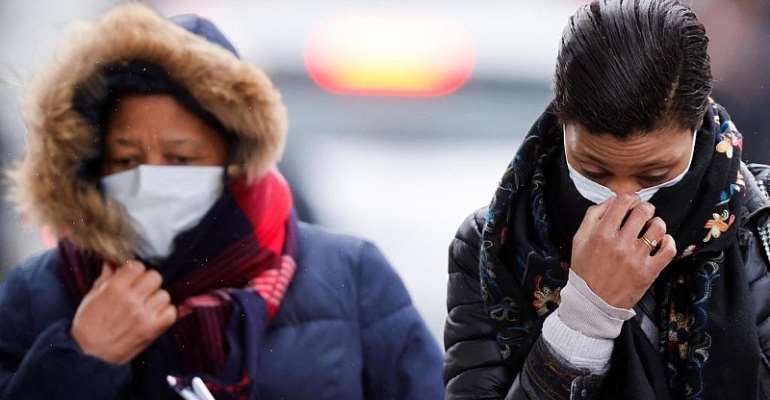 The French government has been accused of sending mixed messages in its approach to the coronavirus crisis. But one line has always been clear: healthy people do not need to wear face masks. That advice, however, is contradicted by many public health experts worldwide, with an increasing number urging officials to change their message.

When French Prime Minister Edouard Philippe announced on 14 March that bars, restaurants and cinemas were to join schools and universities in shutting down, it confirmed that full coronavirus lockdown was not long off.

But the French public – and many MPs – were left confused as to why voting in the first round of local elections was allowed to go ahead the very next day. Indeed, when Philippe lambasted many French for gathering in parks and along rivers and canals on that sunny Sunday, it was clear that the government had failed to outline how serious the situation was.

The authorities have been criticised for lack of clarity on many fronts, from regulations for working from home and unemployment benefits for those who cannot work, to questions over why more Covid-19 test were not being carried out.

When it comes to face masks, however, the French authorities have always stressed that there was no reason for healthy people to wear them – particularly in light of the massive shortage of protective masks for health workers.

The World Health Organization only advises people to wear a protective mask in public if they suspect they are infected or someone they are caring for is.

'Everybody should wear masks'

But an increasing number of health workers and virologists across the world, including in France, say if everybody wore a mask, of any description – even balaclavas, or scarves to cover their mouths – it would help slow the spread of the coronavirus.

The Czech Republic has even made wearing face masks mandatory – one of the only countries to do so as of yet.

George Gao, the director of the Chinese Center for Disease Control and Prevention (CDC) shares the thinking of the Czech government. He believes not wearing a mask is a “big mistake”.

In an interview with Science magazine, he urged people to cover their mouths to prevent the spread of the virus spiralling further out of control.

“The big mistake in the US and Europe, in my opinion, is that people aren't wearing masks,” he said. “This virus is transmitted by droplets and close contact. Droplets play a very important role – you've got to wear a mask, because when you speak, there are always droplets coming out of your mouth.”

Gao said many people may have contracted the SARS-CoV-2 virus, which causes the coronavirus disease, but not show any symptoms.

“Many people have asymptomatic or presymptomatic infections. If they are wearing face masks, it can prevent droplets that carry the virus from escaping and infecting others.”

While public health experts widely agree that social distancing and confinement are key to beating Covid-19, some have begun to call on officials to drop their line discouraging the public from wearing face masks.

“It's really a perfectly good public health intervention that's not used,” says KK Cheng, head of the University of Birmingham's Applied Health Research department. “It's not to protect yourself. It's to protect people against the droplets coming out of your respiratory tract.”

“I don't want to frighten you, but when people speak and breathe and sing – you don't have to sneeze or cough – these droplets are coming out” he says.