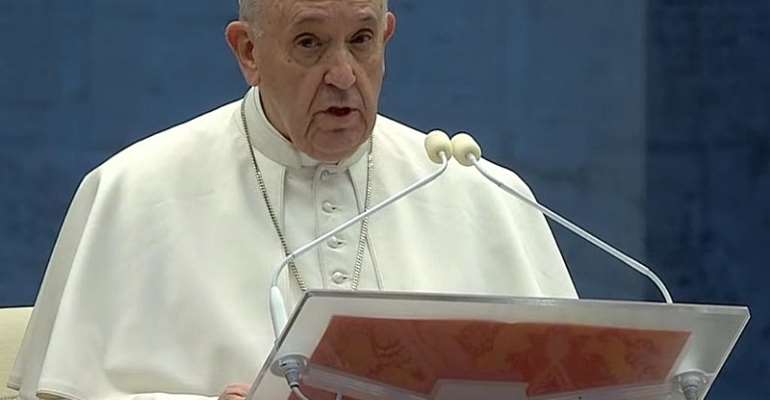 Pope Francis urged the world not be scared and have faith in a special papal address on Friday focusing on the coronavirus crisis. The head of the Catholic church likened Covid-19 to a “furious” storm, describing people as "fragile" and imploring society to look out for the elderly and those in need.

“During this time it is important that everyone is together and everyone comforts one another," Pope Francis said in his Urbi et Orbi sermon.

Francis said “all members of the family are important”, referring to humankind's struggle against the coronavirus.

He asked rhetorically several times, “why are you scared?” encouraging Christians to have faith, as he spoke in the rain at Vatican City.

The pontiff made several analogies of the world being vulnerable in the face of a storm, or being in a boat and at risk of drowning, referring to passages in the Bible.

People must show appreciation for doctors and nurses fighting the virus, as well as workers in supermarkets and those involved in law enforcement who are looking out for everyone, according to the Argentine Jesuit.

Francis said people have to think about older members of society who are at risk and the "screams of the poor", saying how people are trying to be healthy in a world that was already sick. Francis spoke in front of St Peter's Basilica in a square that was almost entirely empty.