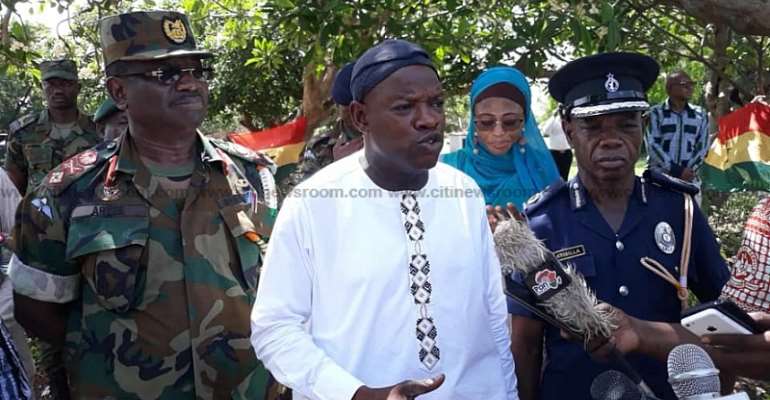 The Northern Regional Security Council (REGSEC) has formed a joint military and police task force to enforce the ban on social and religious gatherings as part of measures to combat the spread of COVID-19.

Despite the directive from the president, residents in the Tamale Metropolis continue to hold gatherings including funerals, weddings and naming ceremonies during weekends.

The situation, according to the REGSEC, poses a threat to the public in the wake of the coronavirus pandemic.

Addressing the media after a security meeting, the Northern Regional Minister, Salifu Saeed said the task force will hit the streets this weekend to ensure compliance.

“This is a very serious matter, we have come out with a joint task force who will from Saturday go round and chase people who are doing funerals, outdooring and weddings. The chiefs, Imams and family members should appreciate and support us, this one is a health and life matter so people should comply”

“We don’t want more deaths so people should try and comply with the directive of the president, if you say you want to mourn the dead and you infect yourself and die, the family and the community will suffer more.”

The regional security council has also placed a ban on local nail cutters in the metropolis while entreating hairdressers and barbers to sterilize their equipment regularly to prevent infection.

“Those guys who move from one person to the other cutting nails are completely banned because they don’t carry sterilizers, also the barbers, hairdressers and circumcisors should sterilise their tools after use”

The case at the Tamale Teaching Hospital created fear and panic with some frontline staff at the hospital who came in contact with the Patients asked to self Isolate.

Residents of the Metropolis were also concerned, but the latest development has brought relief to many.