When children's real lives are part of maths lessons, it's easier to learn

By Ishola A. Salami - The Conversation 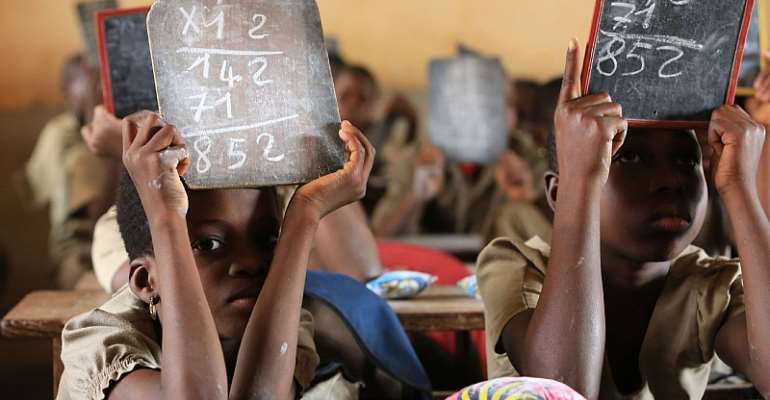 Something still seems to be missing in teaching mathematics. - Source:

The poor performance of many children in mathematics continues to absorb researchers around the world. Studies of the possible reasons have explored various perspectives , including children's thinking processes. But low achievement remains a problem worldwide.

It's a problem because mathematics is the bedrock for the development of scientific reasoning. It's taught at school to help children learn how to think about themselves and the world they live in. Not only is mathematics the basis of skills, it's also the basis of attitudes that make an individual functional and productive in society. It's a tool for solving problems at every level – but not everyone manages to use the tool easily or effectively.

The starting point is that learners must remember the principles, ideas and procedures of mathematics.

African countries are among those where many children struggle with mathematics. South Africa is one. The Annual National Assessment for 2012 reveals that 91.9% of all Grade 9 learners scored less than 30%. The average scores in Grade 4 and Grade 9 in 2014 were 37% and 11% respectively.

In Kenya, researchers reported that 15% of the students who enrolled for the mathematics examination in the years 1999 to 2001 scored between 30% and 40%. A 10-year study of performance in secondary school mathematics in Kenya between 1999 and 2008 showed that the national mean scores ranged from 12.23% to 18.73%.

Causes of poor performance in maths

Many factors have been considered as reasons for this performance. Several researchers have highlighted poor quality instructional technique employed by the teachers.

My own work suggests the main reason is that lessons aren't centred on pupils and activities.

In one study , a colleague and I looked at the trend in maths performance at primary school in Nigeria, to find the point at which mathematics performance declines. We found that a big decline began in the third year of primary school. At this level the instructional methods were teacher-centred – the teacher does the talking – and a foreign language of instruction was used for the first time. We concluded that performance fell dramatically at this point because the content of the lessons, the methods used to teach it and the resources used all made the subject unfamiliar and unappealing.

Although changes have been made over the years in African countries to make teaching more child-centred, mathematics outcomes don't seem to have improved. Something still seems to be missing.

I believe it's because teaching strategies don't always consider the real-life experience of the learners: activities or situations the pupils are familiar with in their everyday life and that they bring to the classroom. In my view , making these activities part of the lesson helps learners to relate maths to their lives and this makes maths topics easier to understand and remember. Making mathematics lessons fun and active also reduces tension in the classroom. I came up with a strategy which relates the real-life experience of the learners to the mathematics topic taught.

In this approach, teachers help learners to recognise where mathematics topics are needed in everyday life. New knowledge is built on what exists in the child's experience. Group activities are encouraged and children can even learn things that the teacher didn't plan. Children are more in charge of the pace of their learning and can become confident in their problem-solving skills.

I've also come up with an idea of a fun activity to help primary school children to remember mathematics principles, formulas and procedures. It comprises song tracks with mathematics ideas, principles and procedures. The idea is to use hip-hop music with lyrics about mathematics topics. The success of this activity in improving mathematics performance hasn't been tested yet but I plan to conduct research to assess it in future.

Ishola A. Salami does not work for, consult, own shares in or receive funding from any company or organisation that would benefit from this article, and has disclosed no relevant affiliations beyond their academic appointment.

By Ishola A. Salami, Senior Lecturer, University of Ibadan