Gun sales surge in US as coronavirus sparks fear and chaos 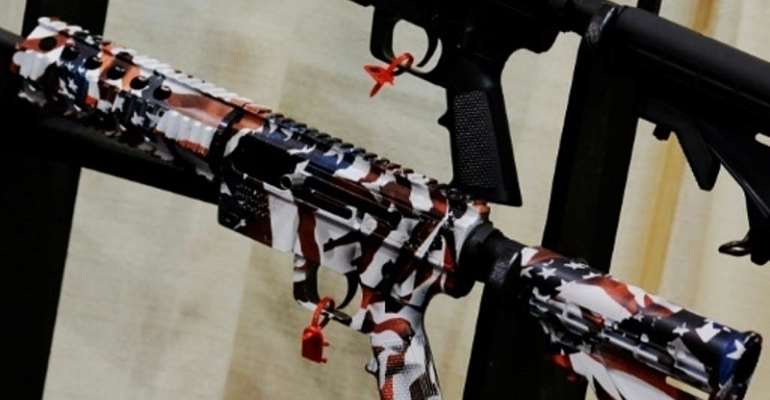 Gun sales have exploded in the United States in the last two weeks as the Covid-19 coronavirus crisis has worsened. People are stocking up on weapons and ammunition, fearing that the pandemic may lead to social unrest. Even in Europe, which has tighter weapons regulations, arms sales are on the rise as well.

Since California, New York and 14 other US states issued “Shelter-in-place” orders, instructing people to stay in their homes to limit the spread of the coronavirus, gun sales all over the US have shot up.

"We have had about an 800 per cent increase in sales," said David Stone, owner of a gun store in Tulsa, Oklahoma. "I'm getting close to running out."

Fear driving sales
Stone told the French news agency AFP that the majority of the customers rushing to stock up on firearms and ammunition are first-time buyers grabbing anything available.

"It's fear over coronavirus," he said. "I don't understand it myself and I think it's unreasonable."

Several other store owners across the US said they have also seen a surge in sales as people fear social order will unravel if the health and economic crisis caused by Covid-19 escalates.

The Northwest Herald, a local newspaper in Chrystal Lake, Illinois, described a long line of customers waiting outside the Marengo gun shop, its website carrying an ad proclaiming March 1-31 the "month of madness," offering "25 per cent off all used guns". State police said that “requests for firearm transfers” have increased considerably.

Gun stores managed to stay open
The Illinois lockdown prohibits “all public gatherings of any number of people outside a single household or a living unit,” closes “places of amusement,” forbids “all but essential travel” and establishes “social distancing requirements”.

Like the French lockdown, the order also closes “non-essential services”. But “firearm and ammunition suppliers and retailers” are exempt from the provisions “for purposes of safety and security”.

According to a statement by the Illinois State Police, the Firearm Services Bureau received “a high volume of submissions since Friday, 13 March,” according to spokesperson Jacqueline Cepeda, “Through 18 March, the FSB had received 18,980 inquiries. The FSB is working to process these requests as efficiently as possible to ensure a timely response.”

Stricter controls
In the US, where the right to own a gun is enshrined in the Constitution's Second Amendment, increased gun sales in times of crisis are not unusual. According to the Small Arms Survey, individuals in the US possess over 393 million firearms, of which the vast majority are not registered. The average is 120 weapons for every 100 inhabitants.

In Europe, where gun legislation is much stricter than in the US, the corresponding figure is 5 guns per 100 inhabitants. But, even in Europe, weapons sales are on the rise as the coronavirus crisis deepens.

According to the Reuters news agency, in gun shops in Hungary have been selling between five and ten times more weapons this month than usual. The agency quotes the Czech arms manufacturers association as saying that shop owners have reported rising demand and a double-digit increase in sales.