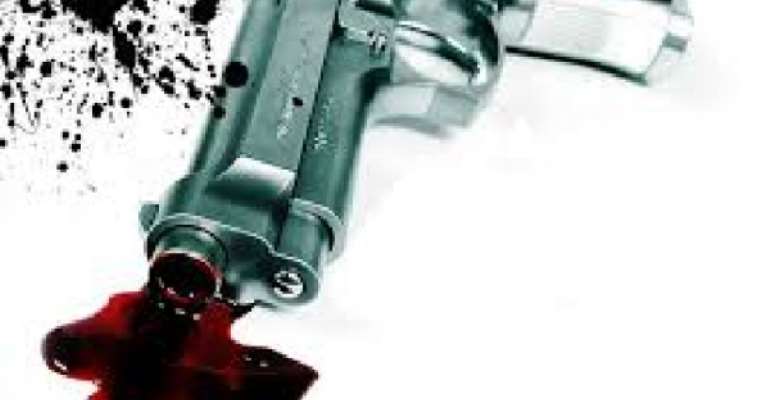 The Police have gunned down two suspected armed robbers believed to be part of a 13-member gang which allegedly shot and killed a policeman on patrol at Bortianor Junction, near Weija, in a shootout five years ago.

The two robbers, identified as Nathan Kwaku Baidoo alias King Kong and Isaac Addo Mensah alias Almera, were killed in a shootout with the police at a spot near the Engen Filling station at Mankessim on March 8, 2020.

The deceased have been on the police wanted list for sometime now and have been involved in series of robberies across the country.

Police patrols
Briefing the Daily Graphic in Accra last Tuesday, the Deputy Commander of the Accra Regional Police Command, Assistant Commissioner of Police (ACP) Mr Emmanuel Afriyie Sakyi, said the two were part of the gang of armed robbers that shot and killed Lance Corporal Prince Charles Akata on January 16, 2015 at the Bortianor Junction, near Weija, in the Greater Accra Region.

He said on March 8, 2020, a team of policemen from the Accra Regional Police command was on routine patrols when they had information that a group of armed men had snatched two vehicles from their owners at gun point and was heading towards Kasoa or Cape Coast.

Robbers killed
The police team, he said, pursued the suspected car snatchers from Accra towards Cape Coast but on reaching a spot near the Engen Filling station at Mankessim, the suspects abandoned the vehicles amid sporadic gunshots when they realised the police were closing in on them.

ACP Afriyie said the police returned fire and as a result two of the car snatchers were hit and they died on the spot while one other suspect who sustained gunshot wounds managed to escape into a nearby bush with their weapon.

Efforts were made by the policemen to capture the escapee but they were unsuccessful.

The bodies of the deceased have since been deposited at the Police Hospital morgue awaiting autopsy whilst the two vehicles, a Toyota Fish and Toyota Corolla, which were snatched from their owners have been conveyed to the Accra Regional Police headquarters for further investigations.

Background
According to the second in command, following the killing of Lance Corporal Akita, 12 of the gang members were arrested but Isaac Addy Mensah alias Almera went into hiding.

When the suspects were put before an Accra Circuit Court, they were granted bail and while the trial was ongoing, Nathan Kwaku Baidoo alias King Kong was arrested in 2017 and put before a District Court for murder but was released on bail in February 2020.

So far, Mr Afriyie said Isaac Addo Mensah alias Almera was standing trial in three separate cases before two courts in Accra and in Techiman for his involvement in three robbery incidents.